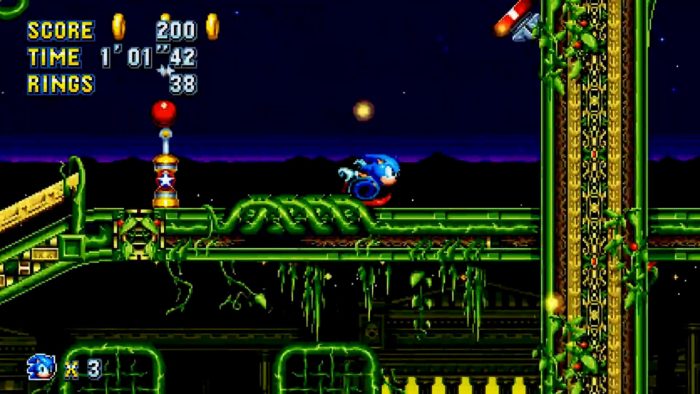 Sonic Mania brings plenty of nostalgia for fans of the series, not just with gameplay, but with the music as well. Sega has released a brand new track from the game, showing off Mania’s jazzy version of the music for the classic level Stardust Speedway Zone Act I, which you can listen to down below.

This rendition is certainly a bit slower and smoother than past versions of the level, but it certainly helps set a tone. Stardust Speedway joins a host of other classic Sonic levels, like Green Hill Zone and Chemical Plant Zone, amidst plenty of new ones of course. Just over a week ago, Sega release another catchy track for Sonic Mania, the theme of the Hard-Boiled Heavies.

Sonic Mania launches on Aug. 15 for PS4, Xbox One, PC, and Nintendo Switch. Make sure you take a look at our impressions of the game from this past E3, and why it will finally end the Sonic cycle once and for all.

What track and level are you most excited to see in Sonic Mania so far? Are there any you’re still hoping for? Leave a comment below and let us know.