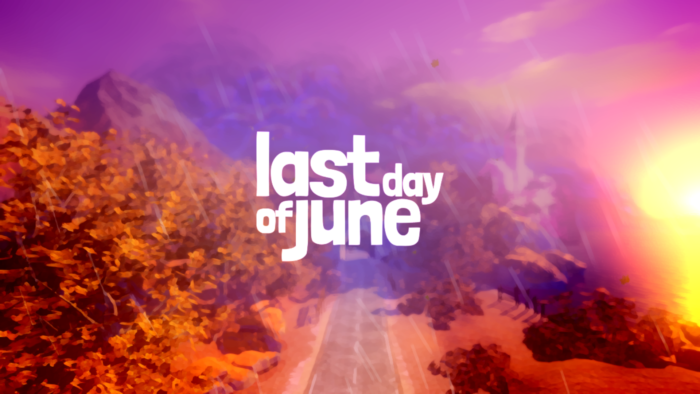 505 Games and Ovosonico have teamed up to deliver their latest heartbreaking piece called Last Day of June – an interactive experience for PC and PS4 that follows a widower named Carl who goes through a personal journey to somehow prevent the tragic accident that took the life of his wife, June. While the game makes use of time traveling elements, it tries its best to stay down-to-Earth and, during my time with its preview build, always had me thinking of the question: how far would we really go to save the ones we love?

Last Day of June begins with a seemingly sweet date between the two lovers as they visit a quaint little lake. Taking control of Carl, I took my time to explore the area and admired the vivid golden hues of sunlight that was painted on the landscape. After I went over to pick a flower for my wife, I headed over to the car and grabbed her blanket since she was shivering due to the cool air. What started out as an intimate moment between us soon took a major turn for the worse as a storm began to brew. I rushed back to the car with June and the two of us began our journey home as the rain continued to pour harder along the way.

The game kicks into full gear once the opening title rolls by with Carl waking up in a dark room. It was when he began reaching for his wheelchair beside his sofa chair when the realization hit me. Last Day of June doesn’t communicate with the player through words. Characters don’t actually speak and instead rely on actions to convey their feelings and explain the narrative. Judging by the now-handicapped Carl and empty chair beside him, it was clear that June was already dead. From there, the game guided me through several “levels” by collecting portraits of characters who each played a certain role in June’s accident.

While Last Day of June focuses mainly on Carl and June, I got to play as three key villagers who each have their own backstories. By using the paintings Carl collects, you travel back to the day when your wife passed away in the perspective of a different character. These characters will unlock in succession after you play through their stories and unlock a specific route where June doesn’t die. I could only control one villager at a time and each has their own sets of puzzles I had to solve to move forward in the story. Most of these puzzles are simple enough like knocking down barriers or clearing leaves on the floor which don’t really distract from the overall narrative. As you play the game, new paths in the village will open up which give you more options to explore different routes with each character.

The three characters I played each have their own sets of “endings” depending on your choices which can alter Carl and June’s fate. There will be times when you have to switch to different villagers and alternate their endings to create a final scene that plays out where June survives certain incidents. Last Day of June gets increasingly difficult through each chapter as I needed to balance out the endings when characters began unlocking in the game. Although I loved switching among the villagers to uncover these “true endings,” I didn’t really enjoy watching the “bad end” to certain routes over and over again whenever I needed to play someone else. Those moments felt a bit time consuming, but Last Day of June tries its best to cut repeated scenes within the story.

On a different note, the controls are simple enough, at least on the PC version. I only needed to use the Q, E, and R keys for interactions, mouse for adjusting the camera, and spacebar for running. Thankfully, I had no problems navigating the characters which made it easier for me to focus on the game rather than fumbling around with messy controls.

Last Day of June’s biggest asset, aside from its solid narrative, is its amazing art style. While I was a bit skeptical by the strange-looking characters with big heads and no eyes, I slowly began to admire the impressionist visuals. I never felt like I was in a virtual world, but rather exploring the life within a painting instead. One cool tidbit about Last Day of June is that game director Massimo Guarini based the game and art style on a Steven Wilson song called “Drive Home.” If you watch the music video, you’ll see a striking resemblance between their visuals.

Despite having only played until chapter 3, I have some extremely high hopes for this game. I’ve only managed to play as three villagers so far, yet I think there are probably some more characters to come. The puzzle system is really simplistic, but I personally enjoy it and hope they keep it this way until the end. The plot’s pacing is also really good so far as it wasn’t too rushed and I had complete control over which endings I wanted to choose. Carl and June’s love story is a complicated one, and I’m still not entirely sure if he can even manage to save his wife. I’ve grown attached to these faceless people and I would be devastated if things wouldn’t work out for everyone in the end.

Overall, Guarini’s latest project seems to be an amazing art piece that manages to tenderly pull my heartstrings with its gut-wrenching plot and creative art style. From what I’ve played so far, the game delivers and gets its main points across without even having to use words. If it manages to keep up its momentum, I would definitely recommend Last Day of June to those seeking a deep-driven narrative game.