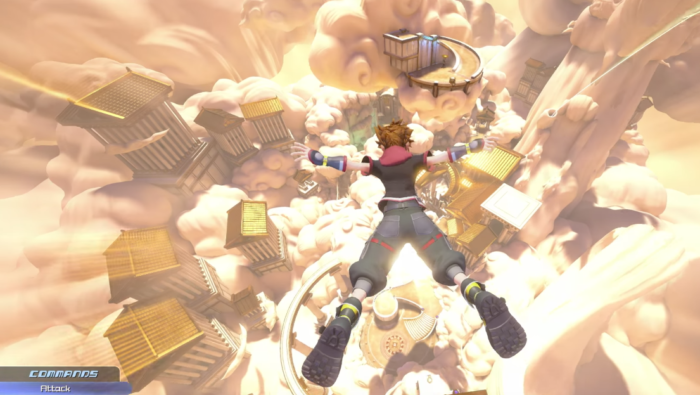 Gamers have seen a great many of their longest and heaviest anticipated games get releases, release date announcements, or (at least) just plain announcements over the past few years. Until this weekend, however, Kingdom Hearts 3 was one of the most high-profile vaporware titles not to join the ranks of The Last Guardian, Final Fantasy XV, Beyond Good & Evil 2, and company.

Now that the game finally has a release window, albeit it one that’s around 13 years after its direct predecessor hit store shelves, there’s only one question: what the hell has been taking so long? Square Enix has an explanation. Or, rather, it has several explanations, which is not particularly surprising given that any project under development for so long is bound to have been extremely complex.

“A lot of people have been mentioning and making it sound like ‘Oh, Nomura’s taking too much time,’ and it hurts,” Game Director Tetsuya Nomura told GameSpot at Disney’s D23 event through a translator. Continuing, Nomura explained that it was his superiors’ mid-development decision to move the game from a Square Enix engine to Epic’s Unreal Engine 4 that is responsible for most of the delays. This was compounded by a number of time and resources challenges.

The development team had an original plan and timeline, presumably one that was significantly shorter than 13 years, but Square’s various other projects and resource shortages prevented the company from staffing up the Kingdom Hearts III team as planned. Nomura said that this was out of his control, and his team was forced to make do.

“I wanted to emphasize that it wasn’t a problem on our development teams,” he said. “It just happened that way, and there were some decisions that the company had to make, and it just didn’t work out for certain timings that we were hoping to hit.”

Kingdom Hearts III is now scheduled for release in 2018 on PlayStation 4 and Xbox One.