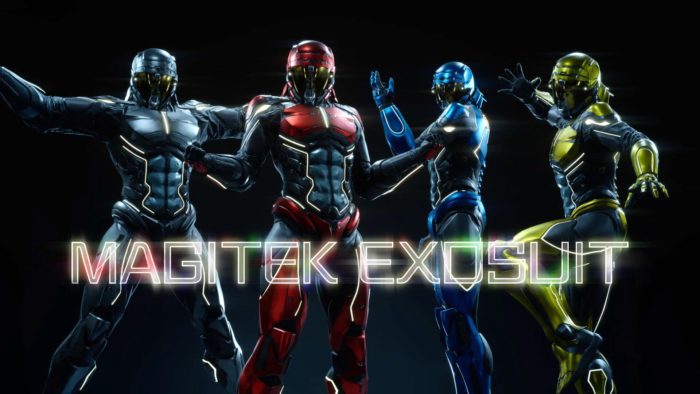 Final Fantasy XV has received a wealth of new content since its launch last year, and now some brand new costumes for the party will launch this month via a free update announced by the Japanese Twitter for the game. The Magitek Exosuit was originally supposed to launch this February, but because of similarities to the suits used in the Power Rangers film, the update was delayed. Square Enix hasn’t given an exact date for the update, or said if anything else will be included, but they will hit sometime in July.

In addition to giving each party member a rather heroic looking suit, the Magitek Exosuits do give you a couple bonuses. Equipping it makes you invincible for 30 minutes, and even boosts you fishing skills. However, there is a catch. Once the suit it used, it cannot be used again for 24 hours. This seems a bit of an odd choice, but still, it’ll no doubt be a blast to run around Final Fantasy XV as an evil-fighting superhero.

Final Fantasy XV is currently available for Xbox One and PS4. What’s your favorite piece of additional content the game has gotten so far. Leave a comment down below and let us know.