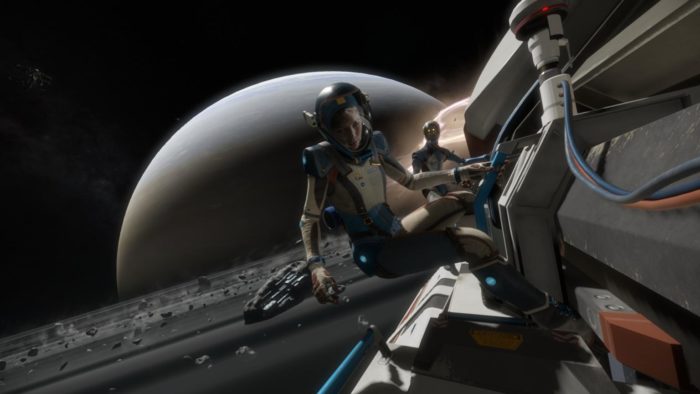 During E3, we saw some promising new VR games coming on the horizon, like creepy new psychological thriller title Transference being made in collaboration with Ubisoft and actor Elijah Wood, or adorable third-person puzzle game Moss exclusively for the PSVR. Sure, these all look fine and dandy, but what about the games you can play right now, or at least in the coming month?

Check out below for a list of all the confirmed VR releases for HTC Vive, PSVR, and Oculus Rift for July 2017. It’s a pretty light month for PSVR users, except for Archangel which is coming to all three major platforms with PSVR players getting it two weeks earlier. At the time of writing, Archangel does not have a specific release date, but is confirmed to release sometime in the July 2017 window. The same goes for The Red Stare, which lets you be a super creep and spy on your neighbors in a 1950’s styled stakeout.

One promising title to look out for is Lone Echo for the Oculus Rift releasing on July 20. In Lone Echo, you can play a single player campaign that takes you on an adventure to the rings of Saturn, or take part in its fast-paced competitive mode Echo Arena. In co-op, you fight alongside up to four other players in a zero-g arena trying to score against the opposing team by throwing a catching a virtual disc, sort of like a VR version of Ultimate Frisbee.

There are also a few titles that might release this July, but at the moment only have vague 2017-ish release date windows.

All VR titles that are due to release sometime in early/mid or unspecified 2017, but have yet to receive a confirmed release date.

Finally, here are all the titles that are simply TBA or “coming soon,” but who knows, maybe we’ll be lucky and see a couple of these drop this month as well.

Make sure to check back next month for all the August 2017 VR titles come to HTC Vive, Oculus Rift, and PSVR.