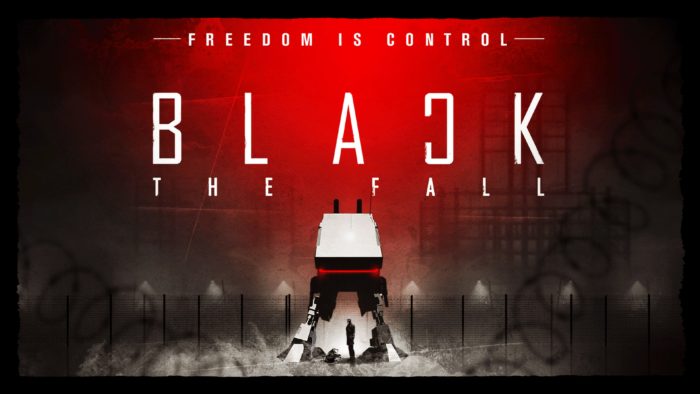 BLACK THE FALL ON PLAYSTATION 4

Looking at Black The Fall, it is impossible to ignore the similarities between it and Playhead’s masterful 2016 hit, Inside. It is a side-scrolling puzzle platformer, set in a dark and mysterious factory, littered with figures that are seemingly under the control of a power much greater than your character. Just as with Inside, you learn more about the world as you explore, taking on increasingly challenging puzzles as you go. However, Black The Fall’s backstory and its unique puzzle solving mechanics help it stand out amongst the other great side-scrolling platformers.

Sand Sailor Studio, the developer of Black The Fall, is an independent studio from Romania, made up of nine people. Together, they say they are, “determined to bring to light Romania’s communism stories.” As the team grew up as the Communist regime in the country began to fall, they want to express their memories through video games and Black The Fall is the first game they’ve released.

Their game tells the story of an old machinist who plots his escape from the grasp of the Communist regime. Along the way, he encounters an abandoned robot and, together, they help each other solve puzzles and stay a step ahead of the constant threat. The entire narrative is told through the character’s actions and the surrounding environment, with not a single word being uttered at any moment. The early stages are set in a bustling factory, with Communist iconography hanging on the walls in the background and exhausted workers toiling away under the watchful gaze of their superiors. Later on, giant robots prowl the city, destroying anything that seems out of place. The world is also dark, with shadows acting as an aide and red glowing lights signaling upcoming danger. The world is inherently threatening and impeccably designed, making the scramble to solve puzzles and sneak past the guards all the more intense.

While this atmosphere is palpable during the moments that require quick thinking and precise movement, the slower sections of the game lack that tension. Much of that is down to the lack of sound, whether that be music to match the tone of the section or diegetic sound to emphasise the danger of the world. Robots creak and enemy guards bellow when you’re spotted but, for the most part, Black The Fall’s world is silent. At times, there’s a quiet hum but, throughout, it felt like a score was missing. Without music to add to the eerie tone, some moments of the game felt rather empty.

However, most of your time with Black The Fall will be spent solving its puzzles and this is where the game shines. Early on, you find a small device that attaches to your character’s arm that is the basis for almost every puzzle in the game. The Communist guards use it to control the workers and it shines a beam of light in a straight line, allowing you to switch machines on and off, open doors, activate elevators, and control your little robot sidekick. It is an ingenious piece of design that ensures that you need to think about the positioning of the things that surround you rather than just the placement and actions of your character. The device can reach things you can’t and your robot helper can do and withstand things you cannot, making for some unique and wonderfully designed puzzles.

Not once will you repeat a puzzle type. You’ll encounter challenges that are focused on momentum, one that is based on reflection, and one that requires precise positioning and timing. There is even one puzzle that takes away your sight completely, tasking you with manoeuvring past deadly steaming pipes with just their sound to guide you. The excellent and unique design will surprise you puzzle after puzzle. The variety does make for some challenging moments, however. Since the lack of repetition keeps you from becoming familiar with a puzzle style, you’ll constantly need to be on the lookout for new solutions. While the solutions are always simple, figuring out what to do can occasionally be frustrating. However, only twice was I stumped for any extended period of time and, once I eventually figured it out, I felt a great sense of accomplishment.

There are also some platforming sections to break up the puzzle solving. You’ll be jumping over platforms in a fiery furnace, between swinging pendulums, and over swampy plains. It is never particularly complex but the sections work well as moments that dissect the puzzling. You character’s jumping can be a little unreliable, often resembling that of the early Assassin’s Creed games that would see you plummet to your death after jumping from a building in the entirely wrong direction. Sometimes your character won’t reach a ledge when you expect him to and sometimes he will. Thankfully, due to Black The Fall’s stellar use of checkpoints, it is never much of an issue. The game always saves your progress before a puzzle, and sometimes even at places during, meaning you never lose much time when you inevitably fail. The load times are also impressive with you being back in the action in the blink of an eye on PlayStation 4. No matter how challenging the game can be at times, it never punishes you too harshly, respawning you at the perfect position to continue your escape.

The game’s finale is also impressive as it completes the story arc of the fall of Communism. It is an impressive visual spectacle and the final moment is a powerful image of how the regime fell.

Black The Fall not only succeeds in Sand Sailor Studio’s aim of bringing attention to the Communist history of Romania but it also stands strong as an excellent puzzle platformer. The use of unique devices and companions ensures that you never solve the same puzzle twice and the excellent design ensure that every moment of your journey to escape from oppression is enjoyable.