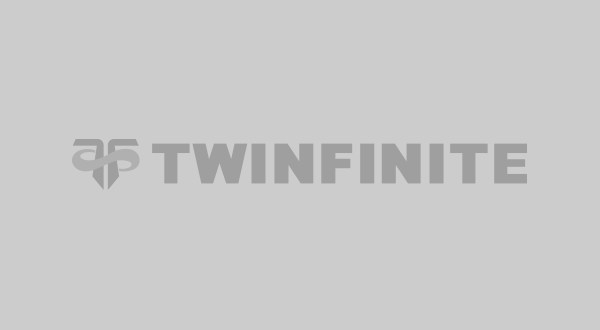 Saint’s Row has always been about crazy action and huge explosions, which would feel right at home in a Summer blockbuster. With Saint’s Row IV, however, things get kicked up to a patriotic level. What better way to celebrate Independence Day than by taking down some aliens as the President of the United States. That’s just how Saint’s Row IV starts, and its absurd opening has you making some tough presidential decisions before defending the White House from an alien invasion.

Of course, the rest of the game is filled with you becoming a super hero and using those powers to continue the fight, all the while playing as your Saint that’s become president. It’s the perfect popcorn action game to pick up this Fourth of July, with plenty of over the top patriotism mixed in. You can even replace all those fireworks with explosions or shots from your dubstep gun. 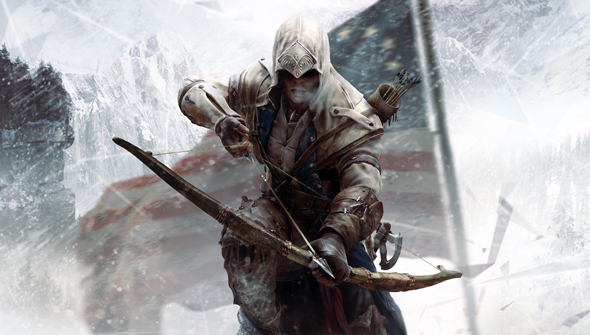 There are games out there set during the Revolutionary War and founding of America, but few let you actually interact with key historical figures and play an influential role. With Assassin’s Creed III the series catapulted itself into more modern history, letting you take control of a Native American assassin named Ratonhnhaké:ton, who goes by his adopted name Connor. After training as an assassin and seeking revenge for the murder of his tribe, Connor finds himself caught up in the full swing of the Revolutionary War. 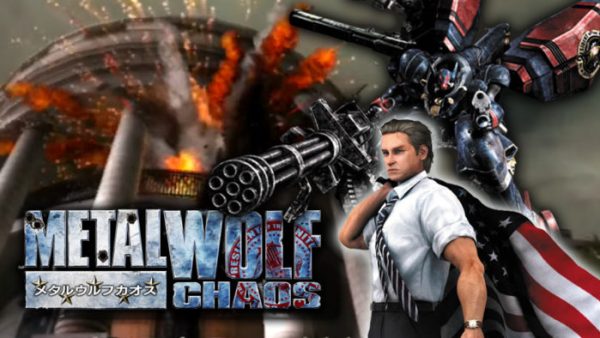 You probably know From Software best for Dark Souls, but before that they developed a little gem for Xbox called Metal Wolf Chaos. In fact, Metal Wolf Chaos may just be as American as you can get, coming from a well known Japanese developer of course. You play as a fictional President of the United States named Michael Wilson, who after a period of civil unrest, hops into the cockpit of a giant mech to battle a coup d’etat that has taken over the country. Even better, your nemesis is the Vice President himself, Richard Hawk.

Metal Wolf Chaos is an absurdly ridiculous game, and one filled with plenty of American spirit. Gameplay wise is can easily be compared to From’s other popular mech series, Armored Core, and believe it or not you’ll even make it up to space at some point. This is the perfect title to break out after that 4th of July barbecue and get in for some giant robot destruction. 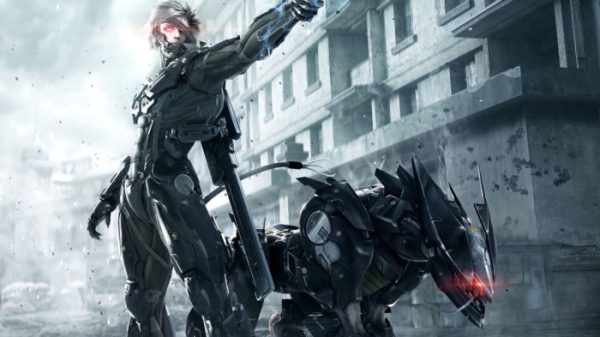 Many of the Metal Gear games have dealt with American Government agencies or certain themes, but Rising probably takes the cake. First off there’s just something incredibly satisfying about playing a crazy cyborg that can easily hack things to pieces. Of course, Platinum Games’ trademark action helps make the game exciting and fluid. The real draw for independence day though, comes in Metal Gear Rising’s story. America plays a huge role in the game, with the main villain of Rising even being a US Senator named Armstrong.

Eventually Raiden has to make his way to the United State, to locations like Colorado and Utah, and stop a plot to assassinate the president and bring about another War on Terror. That’s right you’re an enhanced cyborg that basically has to save all of America. Better play this one on the 4th. 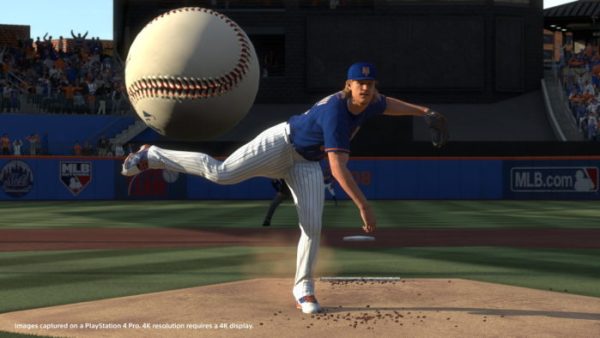 America sure loves its sports and there’s no greater past time than Baseball. MLB The Show 17 is easily the best Baseball package to hop into this holiday. Besides the major graphical update, there’s a few new features to partake in as well. You can create your very own player in Road to the Show, and take them through the major leagues. Or you could take an entire franchise through the season, or even create a team of random players to face off against others.

There’s plenty of content to keep you busy for long past the 4th of July, and MLB The Show is the perfect game to pull the family together after a hot day. 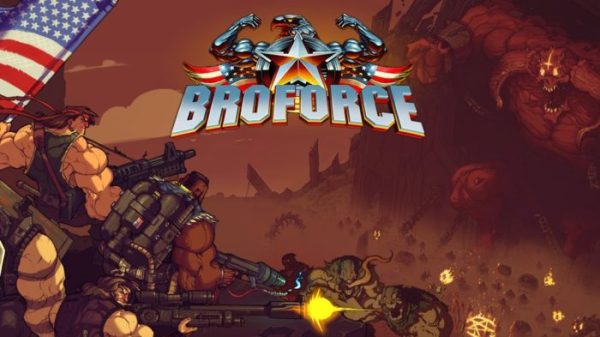 Make sure you grab a buddy for this gun-toting adventure, and celebrate Independence Day by blasting away some enemies. Each level of this hypermasculine shooter ends with your character hoisting up an American Flag and flying away in a helicopter while the course explodes, a perfect fit for the holiday.

Indeed, you play as the titular Broforce made up of muscle men that each boast a different ability based on classic action cinema, like Ripley’s flamethrower or Indiana Jones’ whip. It’s a 2D sidescroller with plenty of destructible environments that have you rescuing prisoners of war from the devil enemies, as well as your fellow Broforce members. It’s going to be a blast (literally) whether you play it with a friend or not. 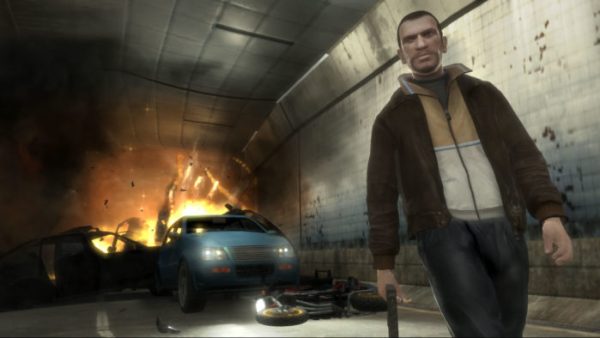 Grand Theft Auto IV is a game about the American dream, both trying to obtain it and if it really exists at all. In usual GTA style, the game is absolutely crammed with commentary and satire on America, with everything from fast food joints to celebrities. Niko Bellic is an immigrant to Liberty City, who’s just looking to star a nice quiet life in America. Unfortunately, that’s exactly what doesn’t happen to him.

The freedom in Grand Theft Auto IV is really the attractive point, and it helped set the stage for Grand Theft Auto V’s even larger world. There are a ton of side activities to undertake, not to mention all the cars, guns, and items to obtain. If it’s story you’re going for stick with GTA IV, if you want to hop into some multiplayer however, you can pick up GTA V. There’s an Independence Day Special going on that gives you access to fireworks, monster trucks, muskets, and much more. The two games have everything you could want for a bombastic 4th. 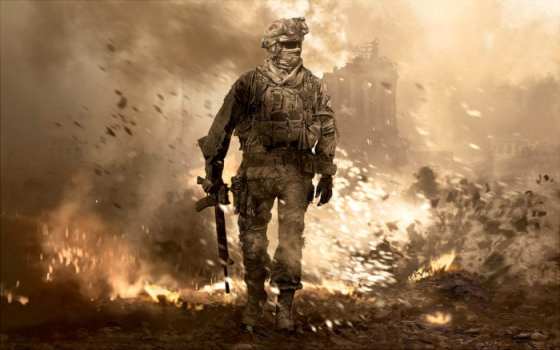 Pretty much every Call of Duty game would fit here, as each one basically plays the part of America versus the bad guys. Modern Warfare 2, however, takes a special place as it’s the first game in the series to actually bring the battle to America’s soil. The sequel may not have had quite as memorable moments as the first Modern Warfare, but battling a Russian invasion through the suburbs of Virginia is certainly unforgettable.

The stakes were higher than ever before with , as this time America was put on the defensive in a desperate rush to bring an end to the war. Of course, each Call of Duty game just keeps upping the ante even more, but Modern Warfare 2 remains uniquely memorable for its battles on U.S. soil. Once you’re done with the campaign, of course, you can always hop in for some classic Call of Duty multiplayer to whittle away the final hours before some fireworks. 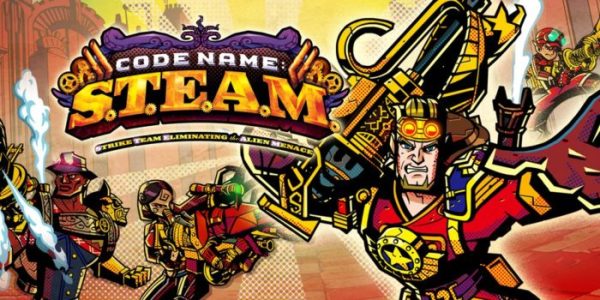 Codename S.T.E.A.M. may just be the strangest game Fire Emblem developer Intelligent Systems has ever crafted, and it comes loaded with American imagery and spirit. The turn-based strategy game has you commanding steampunk versions of famous literary and historical characters like Tom Sawyer, Lion from The Wizard of Oz, and Tiger Lily from Peter Pan.

Codename S.T.E.A.M. plays like a more fantasy-based version of XCOM, but it’s really the ridiculous characters and story that pushes the game forward. After all this is the only game where you’ll see Abraham Lincoln control a giant mech suit and fight aliens. 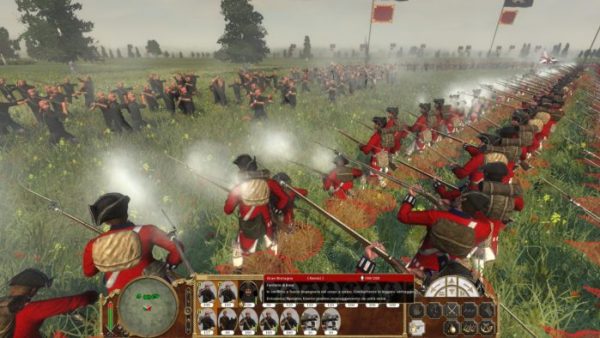 If you’re looking for a more strategic angle for a 4th of July game, you can’t go wrong with Empire: Total War. The trademark of the series comes with its massive, realistic scale battles and Empire certainly doesn’t disappoint. Much of the game’s systems and strategies are based around the historical time period, like founding colonies and putting your units into formations.

Of course, there’s a length campaign that lets you choose a faction and battle for conquest in four different theaters of war, including the Americas. There’s also a story-driven campaign that’s separated into three parts; first the player controls the British colonization of America, second the British fighting the French and their Native American allies, and the third focuses on coordinating the attacks of the American Continental Army against the British Army. There’s certainly plenty of content to dig into in Empire, but playing out the founding battles of America is one way to celebrate Independence.