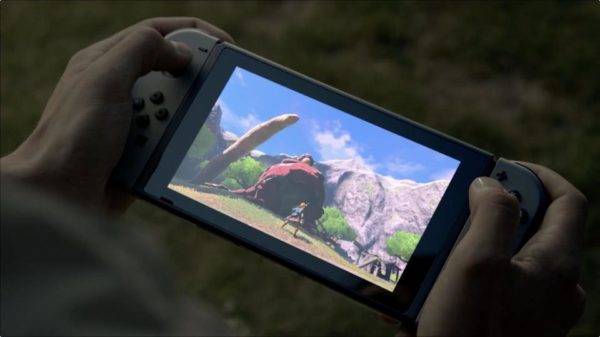 Editor’s note: In this article “exclusives” are defined as console exclusive titles not available on another current generation system. Thanks to Gematsu for providing an excellent reference for an up-to-date list of exclusives games across all platforms.

The Nintendo Switch has only been out in the wild for 4 months, so no surprises it’s clocking in at the bottom of this list. That being said, let’s not play down the impressive start the console has enjoyed since launch. 26 console exclusive titles (2 of which are import-only) after such a short amount of time isn’t bad at all, especially in the face of its lack of third party support, which was criticized after its on-stage reveal back in January.

Despite the much talked about absence of any substantial third party partnerships, the Switch’s library has been bolstered firstly by a decent start by first party Nintendo studios, and secondly by a decent showing from indie developers.

The Legend of Zelda: Breath of the Wild has, of course, been the console’s focal point after receiving universal acclaim. For over two months it was really the only reason to own the console (even though there is a Wii U version), emerging as one of the highest rated games of all time on Metacritic. Technically speaking, that makes the Switch’s launch line up one of the best ever, right? Ok, perhaps that is reaching a tad, but it’s hard to think of a console that has ever released with such a must-play title right off the bat.

While Nintendo’s 1-2 Switch party game hasn’t emulated the lofty heights of similar content on previous consoles such as Wii Sports, other titles such as Snipper Clips have impressed with their innovation. Another new IP that has caught the eye is ARMS, which may yet be destined to become one of Nintendo’s big new franchise moving forward, especially if it penetrates the esports scene. Speaking of which, Splatoon 2’s recent launch marks the arrival of another fledgling franchise that is starting to gain real traction.

The immediate future is also looking bright for the Switch with 26 known upcoming exclusives scheduled to launch within the next 12 months (not including Metroid Prime 4 and Pokemon). As a result, the Switch is enjoying one of the best opening years of any console in recent memory. 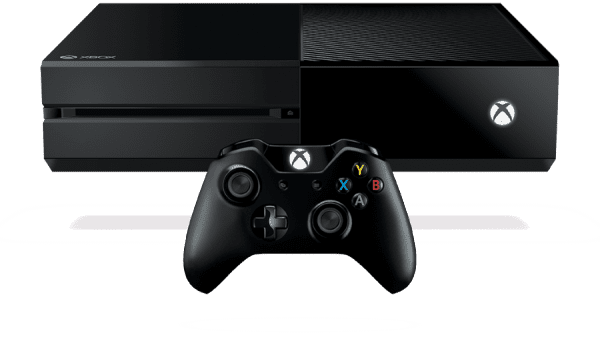 Although much its best content is multiplatform, there’s still plenty of console exclusive games to enjoy on Xbox One. 2015 was a stellar year for the console, in particular (though certainly not “The Greatest in Xbox History”). Forza Motorsport 6 led the way, and of all of its first party exclusives this generation, Forza is the franchise that has enjoyed the most critical success. Both Forza Motorsport 6 and the open-world spin off Forza Horizon 3 were lauded for their excellent driving mechanics and a massive selection of cars.

Other marque IPs such as Halo and Gears of War have both seen successful releases on Xbox One, even if the former didn’t quite hit the high notes of previous entries in the series. Gears of War 4 continued the series excellence, introducing a grittier narrative and a more interesting set of characters in addition to some sweet gameplay features. And Remedy Entertainment, the developer behind the Allan Wake series, also impressed with Quantum Break.

Perhaps the console’s most acclaimed new IP is Ori and the Blind Forest, a gorgeous metroidvania side scroller. This beautiful but tough as nails indie has emerged as one of the big reasons to get on board with Xbox One, and its upcoming sequel Ori and the Will of the Wisps is highly anticipated.

Unfortunately, the Xbox One is unquestionably stuck in a rather worrisome dry spell at present. Beyond Sea of Thieves and Crackdown 3, there isn’t much in the way of AAA exclusives for Xbox One gamers to look forward to. Surely, though, Microsoft has something up its sleeve for 2018 to combat competition from Sony’s impressive upcoming selection of its own exclusives.

The poor old PS Vita: the brilliant handheld console that came out at entirely the wrong time. Right as smartphones were finding their way into the back pocket of every single man, woman, and child, the Vita arrived hoping to become the next big thing in portable gaming. Sadly, that wasn’t to be, but the console’s often overlooked library of games is actually superb, especially if you’re into Japanese games and willing to import them.

Indeed, it should be noted that of the 198 exclusive games listed, only 64 of them are available worldwide and available in English. If you aren’t up to speed: unlike in the west, the Vita still records very impressive weekly sales figures in Japan, explaining the high volume of Japanese-only releases.

Before Sony decided the Vita wasn’t worth continuing in a AAA capacity, it did publish some excellent games from its first party studio. Uncharted: Golden Abyss, Gravity Rush, and Killzone Mercenary were solid, and the only blockbuster, console-quality portable games before the arrival of the Nintendo Switch’ library of content. Other games such as Tearaway – just about the only game that made decent use of Vita’s back touchpad – is another highlight.

Sony might have opted out of supporting the Vita, but there are some bastion third parties that have commendably kept things going. For a start, the Metal Gear Solid collection is a compilation of some of Kojima’s best work. You also can’t mention the Vita without giving a nod to Persona 4 Golden, which arguably remains the best game on the system. Freedom Wars is a blast, too — the console’s last big hoorah before being supported mostly by smaller indie games.

While Vita’s continued success in Japan means the console likely won’t be killed off for some time yet, don’t expect too many more notable exclusives to be added to its total. That being said, the console is still well worth picking up for its overall library of multiplatform games. 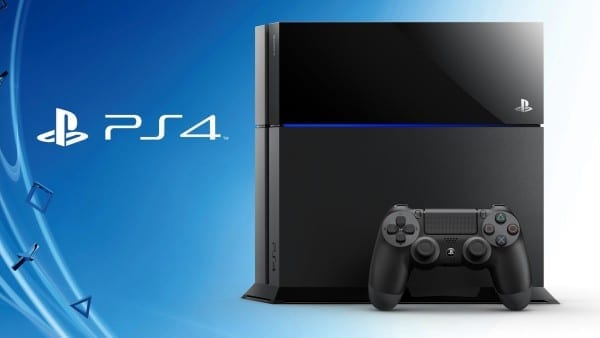 Sony’s PlayStation 4 has led the way this console generation, dominating the market with astonishing commercial success. Explaining that success in the early years of its life cycle wasn’t altogether easy, though, with both PS4 and Xbox One offered near identical content during. Sure, launch efforts such as Infamous: Second Son and Killzone: Shadow Fall were fine enough, but hardly must-play titles.

Still, the PS4 pressed on, perhaps somewhat buoyed by Microsoft’s wobbly launch reveal of Xbox One. And two years later, the landscape has changed even more in Sony’s favor as the PS4 has kicked into top gear. The console has since benefitted from a torrent of exclusive games, arguably making a more desirable than its rival. Of course, Bloodborne already represented a notable PS4-only title back in 2014, but in 2016, Sony’s first party talent has started to tell.

Uncharted 4 might just be the most cinematic, best acted, and without question the most beautiful console game ever made. Ratchet and Clank also garnered critical praise for its whimsical narrative, Pixar quality graphics, and stellar platform gameplay. And then Last Guardian then finally arrived… need we say more. Around the same time, solid entries such as Alienation combined with PSVR’s launch for a knockout blow that saw PS4 rocket to popularity among gamers.

Now, in 2017, the “For the players” advertisement message only continued to gain momentum, with Nioh, Nier: Automata, Horizon Zero Dawn, Persona 5 highlighting what has been a year to remember for the PS4.

Do things show any sign of slowing? Not in the slightest. 2018 might just be even more jam-packed than this year with games such as God of War, Detroit: Become Human, and Spider Man all slated for release in the first half of next year. The console’s impressive 393 exclusives look set to continuing rising, and steady sales in Japan should also see new additions to its 36 import-only titles too. 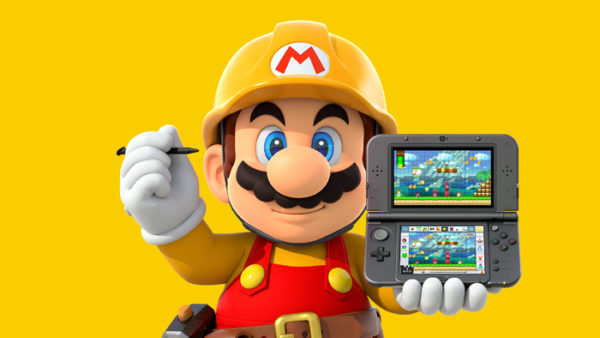 The Nintendo 3DS series of consoles remains a bastion of analog portable gaming, continuing to sell in droves. It is an anomaly in a section of the market that is supposed to have been eclipsed by smartphone gaming. Like the Vita, the 3DS records big numbers in Japan and the far east, where gaming on-the-go rules supreme. But unlike the Vita, the 3DS is also viable in the west, where it’s catalog of exclusive content remains appealing for long-time Nintendo fans.

After five years on the market, the DS family, which includes its 2DS baby brother and the latest New 3DS/New 2DS XL variants, has notched up an unrivalled amount of console exclusive content. 813 games is a truly staggering total, though we will caveat that by highlighting that 114 of those are only available via import. And looking at its library as a whole, many of the titles are fairly obtuse, lesser known titles. That being said, all of Nintendo’s most iconic franchise have had quality titles released on 3DS, and the console is also supported by some mega popular third party titles too.

Arguably its two best games are the updated versions two iconic Zelda games: Ocarina of Time, and Majora’s Mask. Beyond that, there have been some stellar all-new first party releases, too, such as Animal Crossing: New Leaf, Luigi’s Mansion: Dark Moon, and the hugely popular Mario Kart 7. Mario Maker also enjoyed notable sales.

It is, however, Nintendo’s close allegiance with third party studios The Pokemon Company and Capcom that have been the prime driving force of continued sales. Both Pokemon X and Y, and Pokemon Sun and Moon have contributed immeasurably to the 3DS’s commercial performance over the past few years. Adoration for the brand and its exclusivity to 3DS has made the console a must-own device for many. That’s similarly true for the Monster Hunter franchise, which has proven well suited to portable gaming, and a smash-hit in Japan.

Despite the arrival of its hybrid Switch console, the 3DS still remains the definitive modern handheld platform supported by a wealth of exclusives.