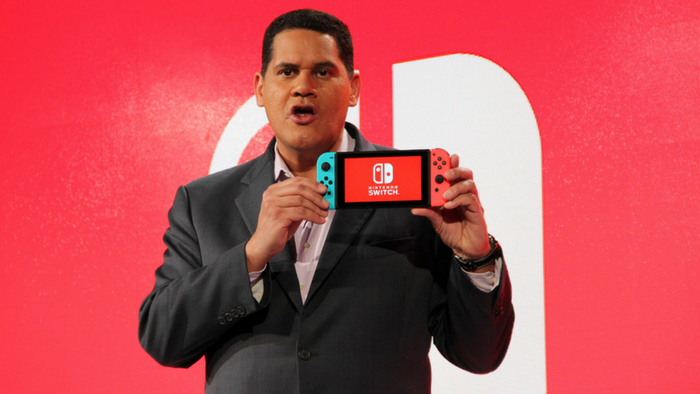 The Nintendo Switch has been something of an anomaly for Nintendo. Here is a console released after the very powerful PS4 and Xbox One that is lacking in horsepower yet catching the attention of gamers everywhere. It has been flying off shelves to the point that unless you’re already waiting in some line, you’ll miss the opportunity to grab one during their periodic restocking. Even more surprising than the fact that this noticeably weaker hardware is competing so strongly is the fact that its starting library has been phenomenal. Each month has brought along a collection of smaller titles, some minor third-party support, and a big offering from Nintendo, and the flow doesn’t seem to be stopping any time soon.

Just this past week, during E3 2017, the gaming giant showed off some more titles slated for the rest of this year and the early parts of 2018. Super Mario Odyssey, Mario + Rabbids: Kingdom Battle, Xenoblade Chronicles 2, Fire Emblem Warriors, Splatoon 2, and many more are due out in the coming months. If the current trend of Nintendo’s Switch offerings rating in the high 80s to 90s continues, we’re looking at the best launch of a console, in regards to video games lineup, ever. Yet, while I should be ecstatic that the console I spent my hard-earned cash on is getting more than a handful of truly stellar titles, I can’t help but be worried.

I’m sure some of you just read that last statement and rolled your eyes. How, after years of complaining and pleading for Nintendo to get their act together and start delivering on all those amazing properties, can I have the gall to be a negative Nancy? But I have a very good reason to be worried about the Switch’s impending future, and it’s based on history. You see, the Switch isn’t the first of Nintendo’s consoles to rely heavily on first-party titles and exclusives to carve out a piece of the console gaming pie. In fact, most of the company’s consoles have done this to varying degrees of success, especially the last two: the Wii and Wii U. Those were two consoles that both rode the wave of Nintendo hits while seriously lacking in other departments.

The Wii, which is one of the best selling home consoles in history (slightly edged out by the PS1 and far behind the behemoth that was the PS2) utilized novelty and unique takes on Nintendo properties to stay in the spotlight. Eventually the initial intrigue of the motion controls faded away, but many titles are still remembered fondly like New Super Mario Bros. and Super Smash Bros. Brawl. The same can be said for the Wii U. While the Switch’s predecessor did nowhere near the amount of sales as the first console to bear the Wii name, it did have some amazing exclusives that provided bursts in sales and reasons to consider the struggling console as a supplemental experience for your PS4, Xbox One, or PC. Aside from the fact that they were both Nintendo consoles with good exclusives, they also had two other things in common: pacing (albeit, sometimes not great pacing), and lack of third party support. It’s that first factor that has me particularly worried, and the second one feels like a dark, stormy shadow waiting to accentuate a potential approaching drought.

Right now, as Nintendo pumps out hit after hit running the gamut from colorful platformer to competitive third-person shooter, it’s hit me that the company is running through all of its major properties in short order. Zelda, Mario, Metroid, Kirby, Mario Kart, Pokemon, Fire Emblem, and more are due out within the next year or so, but what comes after that? When the company has exhausted its heavy hitters and the inevitable break needed for development of new entries hits, what will we play on our shiny Nintendo Switches? When looking at something like the Xbox One or the PS4, the answer is a simple one – third-party AAA games. In fact, that’s exactly what Sony did back in 2015. While there were some exclusives (Bloodborne was a GOTY for many), it was a relatively slow year for Sony in terms of first-party offerings and major exclusives. Thankfully, the year’s biggest AAA releases also hit the console which smoothed out any bumps in the road and kept players invested. As it stands right now, though, Nintendo cannot do the same for the Switch… or rather they’re not proving that they can.

E3 2017 showed off a strong lineup of exclusives, and that was expected. Yet, as an opportunity to silence naysayers of the platform’s third-party support, it was severely squandered. Sure, Skyrim will have Legend of Zelda content (I for one can’t wait to slay dragons with the Master Sword), but that doesn’t change the fact that it’s a six year old game that isn’t really offering anything new. At least on the PS4 you’re getting VR functionality which can completely transform the experience. I’m sure there will be other major, multi-platform games (at least I hope so) that the Switch will be able to fall back on, but right now they’re non-existent. It’s that troublesome storm that overcast the Wii U once more, although with much better games. The Wii U also had a strong start with support from Activision, Ubisoft, Nintendo, Platinum, and others, but when it came time for a break it immediately began to fade into the background.

Now Nintendo has repeatedly commented on them learning from their previous stumbles. This has become apparent in their approach to online gaming (though we’re still waiting for that to become a reality), their openness about their projects with their fans, and their willingness to actually create the games fans want (Core Pokemon on Switch? Why thank you). However, in the areas where it matters on a platform survival level, it’s difficult to see the company’s game plan. The most crucial lesson that should’ve been learned from the Switch’s predecessors is that games are life. And not only are they life, they need to be reasonably spread out in order to be realistically maintained. It’s not that it’s impossible to pump out annual releases, a quick call to Activision, EA, or Ubisoft could earn Nintendo a few pointers on how to do it. But the company has standards, very high ones. Standards that usually lead to 2-5 year gaps between entries in their core franchises. So when this year of, let’s call a spade a spade, absolute awesomeness is done, fans, who are being spoiled up until that point, are possibly in for a rude awakening.

Contrary to popular belief, there is a such thing as too much of a good thing, at least on the business side of things. Nintendo is setting up high expectations going forward, expectations that fans like myself are buying into with each new release. Yet all things that can be built up can easily come crumbling down if not given the proper care and attention. The worry in my mind, and other fans as well, is that the tower of expectations is going to reach an insurmountable height before abruptly stopping. The conversation will turn from Nintendo can do no wrong, to where are the games? From this is the best lineup ever to Sony and Microsoft are crushing it with third-party titles. Though they’re in a solid place right now, selling consoles and releasing games, they need to start providing glimpses of the future. A future where the Switch can be that console you not only want to go out and buy, but actually keep because something good is always right around the corner.

I, like many others, have been burned by a console before, so my worries come from a good place. I want the Switch to keep reaching for the stars. I want the string of colorful titles that can only be made by Nintendo to continue until the end of time if possible. But I recognize the challenge that the company is placing upon itself. I just hope they can live up to their aspirations as we move further away from this incredible launch.