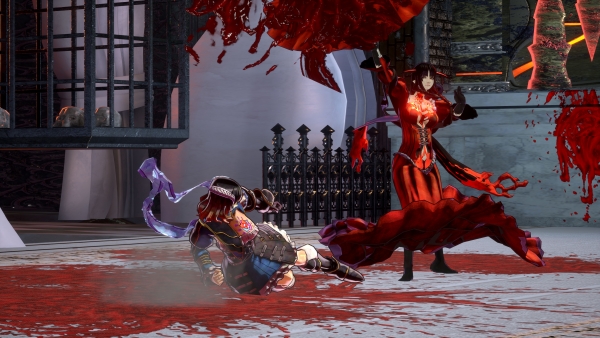 Bloodstained: Ritual of the Night, the Kickstarted spiritual successor to Castlevania, has received a brand new E3 trailer and a variety of gameplay footage. Publisher 505 games has released 14 minute of footage covering everything from enemy types, to boss battles. The gameplay videos come courtesy of Gematsu. Here’s a quick overview of Bloodstained’s story, from 505 Games.

“It’s the late 18th century England, an era when people’s lives changed dramatically with the ushering in of the Industrial Revolution. You are Miriam, an orphan scarred by an alchemist’s demonic curse, which is slowly turning her skin to crystal. As the curse matures, Miriam drifts into a mysterious coma and awakens ten years later as a castle appears and Hell is resurrected. Now, she must travel to the castle to hunt and kill its summoner, Gebel, battling his demons as she searches for a way to stop the curse.”

Bloodstained is, of course, created by Koji Igarashi, the father of Castlevania. As such it retains many classic elements you’d expect from that franchise like a gothic story and setting, and classic RPG elements like leveling and an equipment system. Take look at all the new footage down below, along with the E3 trailer.

Bloodstained: Ritual of the Night is currently scheduled for release sometime in the first half of 2018 for PS4, Xbox One, PC, Switch, and PS Vita.