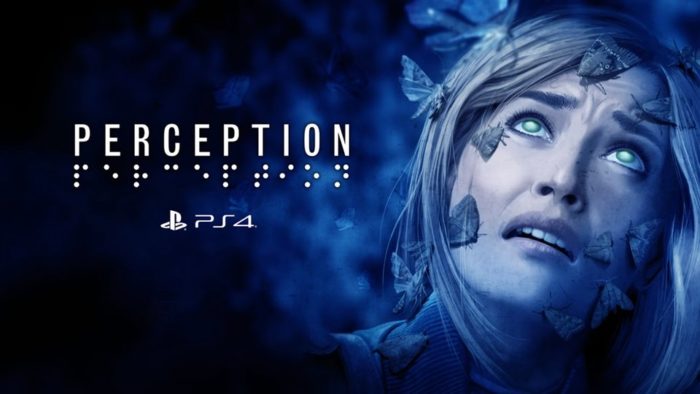 The concept of echolocation has always piqued my interest and I was excited to learn that this would play a key feature in the first-person horror game, Perception. The thought of a blind protagonist using sound to “see” might not have been completely original, but it was still a bit underutilized in modern media. Unfortunately, I found that this idea acted more as a hindrance in the game and trades what could have been an innovative experience into a typical myriad of jump scares.

With this in mind, the driving force behind Perception revolves mainly around blindness. Protagonist Cassie is a young woman who was born sightless and has been plagued by nightmares as of late. She travels to New England in search of a strange mansion that has been a central figure in her ongoing night terrors. Before beginning the game, I was prompted with the choice of picking either a chatty or silent Cassie. The former would comment more about her surroundings while the latter would only speak during critical points in the plot. Picking the chatty Cassie is a better way to learn more about the protagonist who comes off as an independent and strong-willed woman who didn’t let her handicap slow her down.

Throughout the game, I had to make use of her echolocation ability wherein she uses sound as her main way to see. Everything is mostly represented in a ghostly blue outline while vital points like hiding spots or doors are highlighted in green. Cassie can use her cane to generate sound and illuminate her surroundings for a short period of time. However, other things can also create noises that light up parts in a room like a TV turned on or if Cassie steps on objects like bubble wrap.

Of course, the only logical thing would be for Cassie to continuously tap her cane to maintain her sense of vision, but Perception counters this idea with “the Presence.” This entity haunts the mansion and certainly isn’t happy that Cassie has invaded the property. If she makes too much noise, it will come after the protagonist and force her into finding a safe spot to hide. Luckily enough, I found that the game was pretty loose with the entity and it hardly appeared when I was busy exploring the mansion. Granted, I focused on memorizing my surroundings whenever I would use my cane as opposed to tapping the area every second I could.

Since “the Presence” lacked any actual presence, Perception focused on including obscure jump scares to frighten the player instead. In turn, the thought of finding hiding spots became easily mundane as I wouldn’t even need to use it most of the time. To compensate for this, small things like ghostly apparitions would sometimes appear out of nowhere and vanish instantly while objects would move or shatter as I tried to progress. Another main source of tension in Perception stems from roaming around in the darkness, but the horror factor slowly drifted away as I could easily use my cane at any time.

Despite the protagonist’s blindness, the game still finds a way through the dark to explain the overall narrative. Aside from her echolocation, Cassie also has some psychic abilities that trigger whenever she touches certain objects scattered throughout the mansion. She can also pick up memos and use an app on her phone called “Delphi” to scan the text and read it aloud. It is through these methods that I learned about the inhabitants of the house and the dark truth about what happened in the past. With the lack of enemies, I found it safer to roam around the area and learn more about the overall narrative rather than trying to survive. It was about midway through the game when it started feeling like Perception came off more as an exploration game instead of survival horror. Cassie’s main mission in the first place was to learn more about the house, so exploring the mansion for these memos and items became my utmost priority and the center of the game.

There were plenty of times that I would focus more on exploring the area in search of these items to the point where I would get lost. Luckily, Perception has a feature that points out the next objective. Even so, I would sometimes find myself going in circles in the darkness trying to look for a path that would take me to a different part of the house. Cassie’s tapping can’t completely light up large areas and sometimes things like stairs are often hidden in the corners of the room. However, the one thing I admired the most about the game was how solid the sound design was. What I lacked with sight compensated with what I could hear – especially with the sensitive sound effects.

Overall, Perception felt more like the horror edition of Gone Home rather than other titles like Outlast, Amnesia, or Resident Evil 7 as it leaned more towards exploration and the underlying plot rather than survival horror. Regrettably, I found that using echolocation in a narrative-driven game only limited my experience of trying to discover more about the house. With the solid five hours I put in, I spent a good chunk of my time getting lost and fumbling around in the darkness. There were plenty of times I couldn’t find where I needed to go or items I could have picked up because of the limited “sight” I would get from tapping my cane. I would still recommend Perception to any horror fan for its bold concept, but it still can’t compete with other similar iconic titles in this generation.