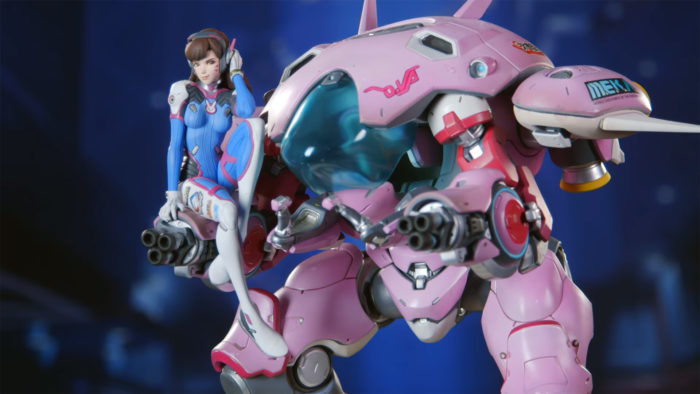 The latest in the line of Overwatch collectible statues has been revealed, and this one will get people both really excited and really disappointed. The statue is for everyone’s favourite Korean gamer-turned-war-hero, D.va. The statue is simply beautiful, and is naturally much bigger than the rest of the Overwatch statue series, at 19 inches tall. Unfortunately, though, this means it’s much more expensive.

The D.va Statue will cost you $450, as opposed to the normal price we’ve seen of $150. It seems reasonable enough, considering the effort that was put into the statue; many, though, can’t afford to drop almost 500 dollars on what is essentially fancy plastic (even if it’s really nice fancy plastic). The statue is hand-sculpted and painted, and in the video below, you can really see the ridiculous detail and work that’s gone into it.

As you can see in the video, the statue is a whopping 19 inches tall, which is huge compared to the last ones in the series, all sitting around 10-13 inches. Blizzard have really stepped up their merchandise game in the year since Overwatch’s launch. On their Merchandise Store, they sell themed apparel, books, mugs, and loads more.

Aside from their statue line, Blizzard have also partnered with Japanese company Goodsmile, who create cute posable figures called Nendoroids as well as to-scale posable figures called Figmas. The Nendoroid versions of Tracer and Mei are currently the only Nendoroids released, but if they prove popular enough more will certainly be created. A tracer Figma has also been unveiled, and is available to pre-order now.

You can check out the D.va statue here, if you’re interested in pre-ordering it. Despite the price, it’ll probably sell incredibly fast, so grab it quick.