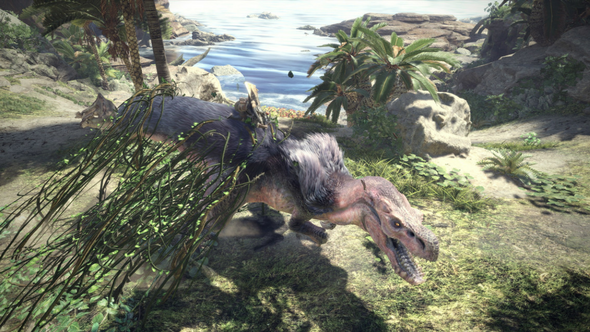 Monster Hunter World looks like a completely different beast if you’re used to the previous Monster Hunter games. That’s fine, though, because Capcom is assuring fans that it’s still game worth hunting, especially when it comes to fears that the team could possibly be changing things or altering central themes that Western game fans aren’t happy with or dislike outright. Monster Hunter executive director Kaname Fujioka has come out and stated that the team isn’t going to be “taking things that people in the west hate and fixing them to make western players buy it.”

It’s understandable that longtime fans of the series took what they saw in the E3 2017 trailer, however, and envisioned a whole new world for Monster Hunter, especially one that didn’t quite fit with what they knew of the series. Monster Hunter has always been a bit obtuse in some areas, with a high barrier for entry for some. Its lack of true handholding could be seen as a reflection of more traditional “Japanese” style gaming, with fewer elements intended to help the player with streamlined elements, and that’s what Capcom is going to retain for this release.

Today it’s all too easy for most blockbuster games released in the west to offer up quick checkpoints to make progression easier, double XP awards, and linear levels and simplified map systems to steer players where they need to go. These mechanics work well and are received positively by most players, but they don’t quite make sense in the realm of Monster Hunter, so it’s good news that Capcom isn’t going to be pursuing this route and forgoing the complexities and nuance that make Monster Hunter as irresistible and exciting as it is right now.

So if you were previously put off by the action-focused E3 trailer and were concerned you might see a watered-down version of Monster Hunter World coming soon, rest assured. It’s all going to be okay!