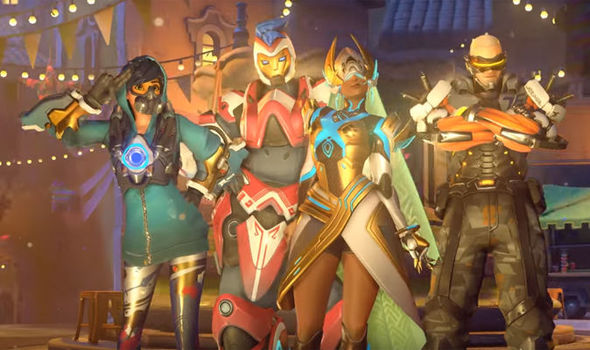 The Overwatch anniversary game modes don’t necessarily feel like new game modes as much as they feel like much better versions of the elimination modes we’re all used to. And you won’t find anyone complaining about that here. Lockout Elimination gives the 3v3 arcade mode the tweak it always needed and Limited Duel makes competitive one-on-one battles feel far more strategic than ever before.

So what’s the difference between the Limited Duel and the standard 1v1 Elimination mode? In Limited Duel, you will only have three heroes to select from for each match. It will be the same three heroes that your opponent has to pick from as well. This means your strategic decision-making starts well before the game even begins. Instead of being assigned a random hero and just hoping that you have more experience with them than your opponent, this mode gives you the option to decide your own approach to the duel. So here’s what you’ll need to keep in mind.

Trust Your Skills But Consider the Matchups

Essentially, there are two key options you’ll have to make once presented with the three characters available for each duel. Do you want to trust in your sheer experience and skill level with that particular character or do you want to err on the side of which character is generally a better matchup compared to the rest? It’s important to consider which character you play well with but it’s also just as key to understand how difficult it could be to take out an opposing Pharah if you choose to play with Junkrat. Of course, that’s where this mode can feel a bit like a game of rock, paper, scissors as well. At times you will be presented with three characters that each serve as a solid counter to one another. In this case, it’s best to consider your skill level with each hero first and then consider what kind of characters your opponent has been picking throughout the other matches. If they have been fond of tanks, you may want to assume they will go for the tank yet again. It’s a risk, but it’s a calculated risk that can often pay off in a major way.

Always Consider the Impact of Heroes Who Can Heal

The last thing you want to quickly take into consideration is whether or not any of the characters up for grabs have the ability to heal themselves. This isn’t something you want to make a final decision on but it’s definitely something to keep in mind. If you feel relatively uncomfortable with all the available heroes, it may be best to have healing as a safety net. More importantly, consider the fact that your opponent could possibly have this safety net as well. If you decide to go with a hero that can’t heal themselves, make sure you feel comfortable enough delivering burst damage with that hero in case your enemy has the ability to heal themselves through any attacks that don’t actually eliminate them.

Think About the Map

The 1v1 elimination mode used to place you on the same map every time. After all, there was only one map available for these kinds of brawls. Now, however, there are four different locations where you may find yourself trying to take down one lone opponent. This is important to keep in mind as this can change the dynamic of character matchups. Each of the new maps present very different landscapes and different environmental elements that can play into your strategy. Sometimes the real question isn’t which character can deliver the most damage or who has the stronger defenses. It may come down to whether or not a certain type of map has left certain heroes with less impactful kits.

A map like Castillo presents far too many different routes that players can use to get behind their enemy while remaining undetected. That means a shield won’t really do much good here and a sniper could find themselves in trouble if the enemy suddenly pops up in close range. Considering your environment when selecting your hero and then capitalizing on different elements of the map will be (and always have been) key to dominating one-on-one battles.