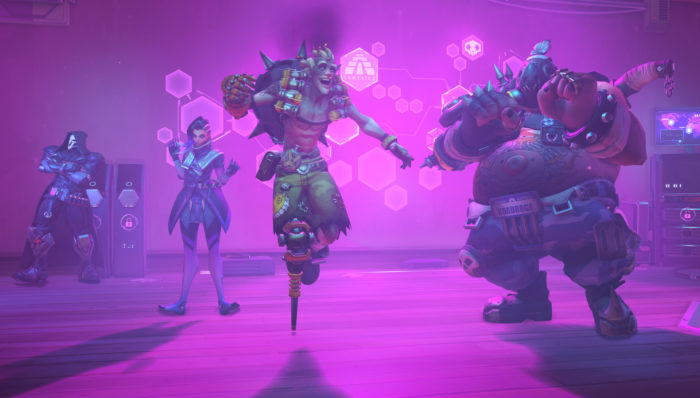 For Overwatch’s anniversary event, Blizzard has released new dance emotes for every single character on the roster. Even if you haven’t unlocked them all, they’re worth a look. Some of them are pretty hilarious. However, what you might not know is that these emotes actually hide a cute Easter egg with two of its characters, Junkrat and Roadhog. You can check out the video down below to see it for yourself.

Whenever you make the two characters dance alongside each other, they’ll give each other a high-five as they slowly turn to face their partner. Because, well, why not? They’re best friends for life, and it’s always adorable to see these two interact with one another.

If you’ve got the dance emote for either of these characters, pair up with a friend and make them dance together to check it out first-hand.

Overwatch’s anniversary event is now live, and will come to an end on June 12. So make sure you get those Loot Boxes while you still can.