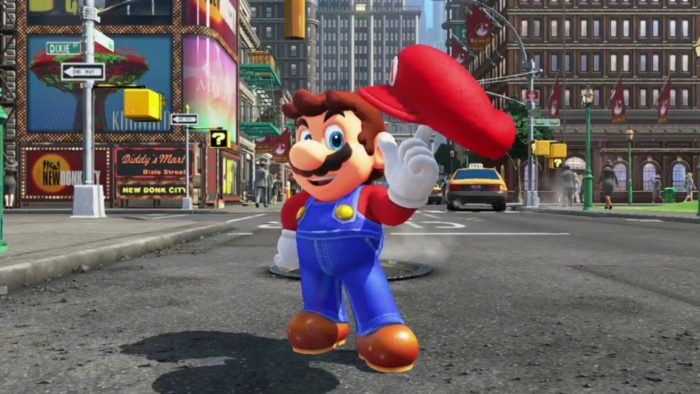 When it comes to software, Nintendo is probably best known for two things above all others: delivering incredible quality and taking its sweet time doing it. While every major Nintendo platform has been home to excellent first-party games, a lack of third-party support that stretches back to the Nintendo 64 has meant Nintendo console owners have frequently had to wait through excruciatingly long dry spells between major game releases.

Nintendo, however, says this will not be the case with the Switch. Speaking in an investor Q & A session following its latest earning report, President Tatsumi Kimishima said the company envisions itself constantly releasing new games for the Switch so as to eliminate the elongated software droughts many gamers associate with Nintendo systems.

“Our vision for Nintendo Switch is to release one title after another with no gaps following the March launch, reach a large number of consumers during the holiday season, and continue to expand the business,” Kimishima said in response to a question about how Nintendo planned to attract non-Nintendo fans to its new console. “Along the way, we found that a lot of consumers were looking forward to The Legend of Zelda: Breath of the Wild being released simultaneously with the hardware, which led to our stronger-than-anticipated hardware launch.

“The Legend of Zelda: Breath of the Wild was getting good press leading up to its release, and it continued to generate buzz about the fun of this game after it hit the market. The fact is that people who had enjoyed past titles in the Zelda series were playing this latest entry alongside a large number of consumers who had never played any of the Zelda games, which truly expanded our consumer base. And just [Friday], we released Mario Kart 8 Deluxe, which is a title that families can all play together, so we are making sure that this translates into good sell-through, given that our shipments are already higher than we anticipated.

“Likewise, upcoming releases like ARMS and Splatoon 2 are very easy for anyone to pick up and play, which further broadens our player base while still offering a deep gameplay experience for serious game fans. We will also have Super Mario Odyssey out in time for the year-end shopping season, and there may be some more titles we will be able to introduce. By releasing a variety of software titles in this way, we expect to expand the user base for Nintendo Switch to families, children, and any other consumers who have not had much contact with video games in the past.”

Families with children have long been an audience that Nintendo products have done well with. It’s not hard to imagine the already very popular Switch finding success among that audience simply by releasing more quality software more often. But the Wii became Nintendo’s most successful home console ever largely by selling in big numbers to older non-gamers, while competing Xbox and PlayStation consoles tend to be most popular with people who consider themselves “gamers” but not necessarily Nintendo fans.

Nintendo doesn’t seem to have a specific plan for attracting either of those consumer groups that differs from anything itself or its competitors are doing now or have done in the past. At least, not one it’s willing to share with its investors just yet. Elsewhere in the Q & A, Kimishima again stressed how vital frequently releasing high-profile games is to convincing consumers to buy Switch consoles. Kimishima seems to think this is already working with Mario Kart 8: Deluxe, which he says “has more momentum” than Nintendo anticipated. He believes Switch demand will only grow this year as Nintendo follows up Mario Kart with three other games between now and December.

“We expect that the number of consumers who want to buy the hardware will increase as we release titles such as ARMS, Splatoon 2 and Super Mario Odyssey.”

As was previously announced, Nintendo has upped its hardware shipment goal for this fiscal year to 10 million units to meet this anticipated demand. Kimishima believes establishing this base of 10 million Switch owners is vital to putting the console on path to achieving the lofty goal of “relative parity” to the Wii, which sold more than 100 million consoles.