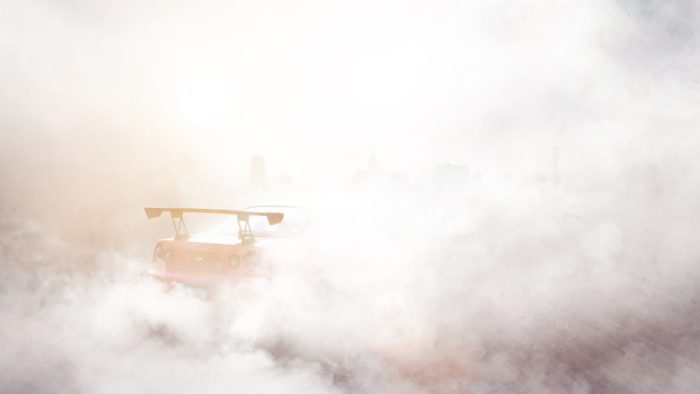 New images of the upcoming Need for Speed game has stirred up the gaming community for possibly teasing the setting of the next game. On the latest post in Need for Speed official Twitter page, the image shows the back of a racing car that is doing a drift in the midst of smoke (hence the caption was “Excuse our smoke”). However, the background of the smoke has caught attentions when many gamers pointed out silhouettes of a city with various skyscrapers.

The tallest silhouette on the right side of the image even has the shape of what can be assumed as the famous Space Needle tower in Seattle, WA. This has caused various speculations that the new playable location of the Need for Speed reboot might be in Seattle, or a fictional Seattle-like city at least.

Well, that's ruined that surprise! Guess we'll be back later in the week with a new name #covfefepic.twitter.com/gfdJUgKHKu

Moreover, the above tweet also “reveals” the official name of the new Need for Speed game, except the fact that it’s actually a hilarious response for Donald Trump’s unfinished tweet that made headlines this morning. Guess that EA and Ghost Games are experimenting with the newest presidential word “covfefe” in their latest reboot.

The first most recent reboot of Need for Speed in 2015 received mixed responses due to various issues, including buggy AI, performance drops, and always-online DRM. Even so, the game was praised for its photo-realistic graphics powered by Frostbite engine and huge variation of car customization.