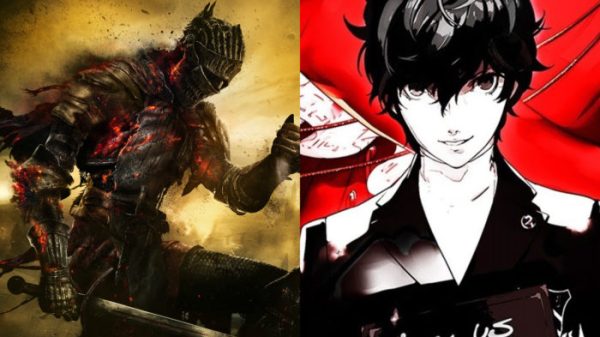 The first few months of each year are generally slow for gaming, however, April in both 2016 and 2017 have been jam-packed with some prominent releases. Both months were big for RPGs and indie games alike, with small releases coming alongside highly awaited sequels. We’ll take a look at how April 2016 panned out, before putting it up against April 2017.

April in 2016 started out with a couple of interesting indie titles, Dead Star and Enter the Gungeon. On the same day Microsoft’s big new IP, Quantum Break, launched on Xbox One. While the title didn’t quite have the impact Microsoft was hoping for, Remedy’s time traveling third-person shooter was an interesting blend of gameplay and interactive television.

The very next week, two of 2016’s biggest games launched, with the remake of Ratchet & Clank releasing alongside its movie counterpart, along with the much anticipated Dark Souls III. Both games were met with heaps of praise, with Dark Souls III even garnering multiple awards when the end of the year rolled around.

The rest of the month saw things die down a bit with releases like The Banner Saga 2, Bravely Second, Star Fox Zero, Alienation, and The Walking Dead Michonne still providing players with plenty of content across various platforms.

It was definitely a strong month with some big releases, especially for RPG fans. With Ratchet & Clank and Dark Souls III headlining things, it seems like April 2017 couldn’t hold a candle. However, this year had its own fair share of top-notch releases, even to the point where 2017 overcame the previous year. 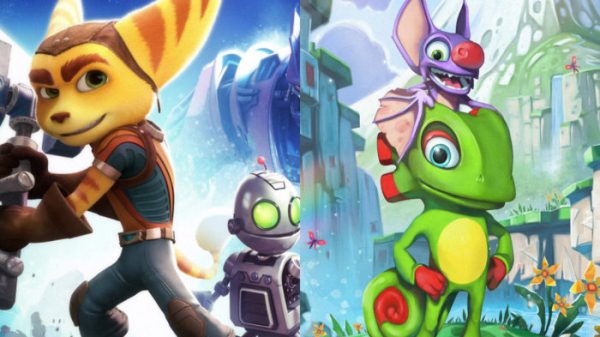 April 2017 started off with a bang the first week with smaller titles like Drawn to Death, PaRappa the Rapper Remastered, and LEGO City Undercover. Of course, the big news of the week was the long-awaited release of Persona 5, which subsequently became one of the highest rated PS4 games of all time. The expansive 100-hour title attracted fans both old and new, while setting a new standard for JRPGs.

Just the next week we’d get even more releases with Bulletstorm: Full Clip Edition, indie title The Sexy Brutale, and the spiritual successor to Banjo-Kazooie, Yooka-Laylee. The nostalgic title by former members of Rare was met with some mixed reception, but it was still a throwback to a beloved genre.

We’d get even more remasters the next week with the Disney Afternoon Collection, Full Throttle Remastered, The Silver Case, and Wonder Boy: The Dragon’s Trap. Additionally the first episode of Telltale’s Guardians of the Galaxy series launched on all platforms.

As if that wasn’t enough the next week was also crammed with releases like Dragon Quest Heroes II, Outlast II, Puyo Puyo Tetris, Sniper: Ghost Warrior 3, and The Walking Dead: A New Frontier Episode 4. We also saw the release of What Remains of Edith Finch, a now critically acclaimed indie title with a heartfelt and impactful story.

Finally the last week of the month brought us a few more big releases with the Limbo-esque indie title Little Nightmares, the RTS sequel Warhammer 40,000: Dawn of War III, and the second big title for Nintendo Switch, Mario Kart 8 Deluxe.

It sure seemed like there was something on offer for everyone in April 2017, regardless of what genre or type of games you prefer. Switch owners got a much needed boost in titles, while RPG fans had an abundance of content that’s still probably keeping them busy. Continue on for a full list of releases from both months. 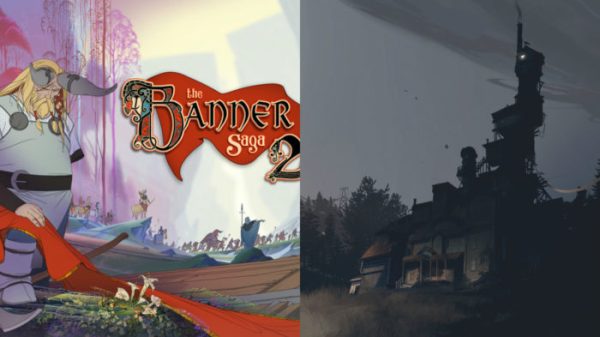 Both April 2016 and 2017 were clearly impressive months, especially for a period that’s usually seen as being slow. A big RPG headlined both months, with fans and newcomers both taking to it well. 2017 was definitely stronger for indie games with big releases like What Remains of Edith Finch and Little Nightmares. Ultimately, however, releases like Persona 5 and Mario Kart 8 Deluxe just barely put 2017 on top.

2016 definitely had more releases in terms of quantity, and some pretty stellar titles, but 2017 comes out on top in terms of overall quality and selection. There really was something on offer for everyone, including Switch fans hungry for new titles. Now only time will tell if 2018 can keep up the same trend.

Take a look at the full release schedule of each month below, to compare for yourself.

Which month do you think came out on top? Let us know by leaving a comment down below.