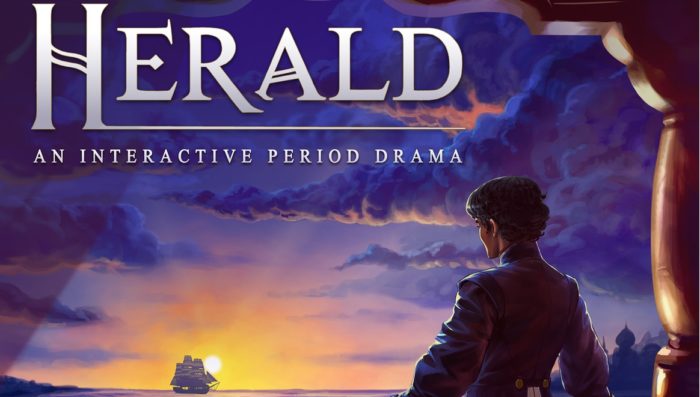 Herald: An Interactive Period Drama – Book I & II on PC

Let’s set one thing straight right out of the gate: I firmly believe that video games are supposed to tell a story, and that they can do so just as well as any other medium devoted to such activities. Herald: An Interactive Period Drama is proof of this, and of how wonderful and enriching these stories can be. Here, our story unfolds in an alternate-history 19th century world overseen by a political behemoth known as The Protectorate — roughly analogous to the British Empire at its greatest heights. 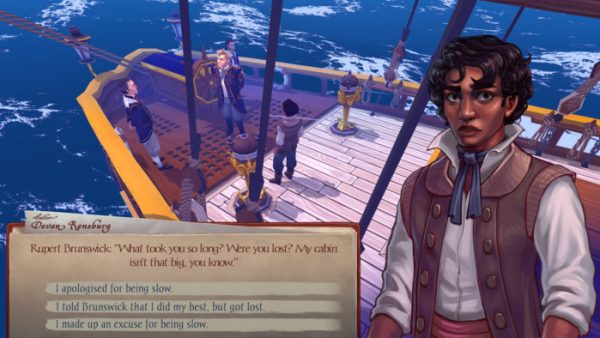 Herald’s story follows a young colony-born, Protectorate-raised man named Devan Rensberg. Having joined the crew of the trade ship HLV Herald, Devan sets out to uncover his own history and track down his parents. Along the way, he becomes caught up in something much larger that hints at a sinister side to the Protectorate he has been raised to love. The game’s first two chapters examine Devan’s role on the ship, the political games played by men of high standing, and examines themes of family, loyalty, and racism.

Gameplay in Herald is a very straightforward point-and-click adventure, with a focus on player choice and narrative flexibility. The decisions that players make have significant impact, and are very well-crafted to flow naturally in the game’s well-written and superbly-voiced conversations. Devan must remain mindful of his racial background and his place on the social strata while serving as a steward on the Herald. This servant role is a unique and interesting angle that I’ve not often seen in games, and keeping Devan’s place in mind while interacting with the ship’s more distinguished passengers plays a pivotal role. 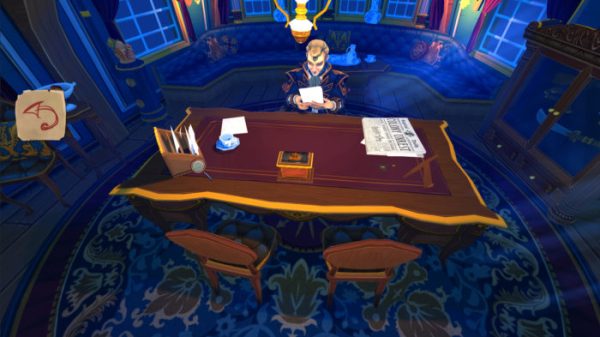 Beyond the interesting world it builds through its narrative, Herald also brings the world to life with gorgeous backdrops and detailed environments. Though the opening chapters are largely confined to the decks of the ship, the beautiful art style pops with vibrancy that brings this world to life. This, coupled with the rich and interesting cast of characters, makes for an engaging and easily enthralling story. My one gripe, if you can call it that, was that the end of Book II seemed to come almost too soon, and now I’ll have to wait for the later release of the second half of Devan’s tale.

Thematically, Herald offers a sometimes difficult look at a life that is far from charmed. The division between the esteemed authority of the Protectorate’s officers and those who serve them hangs over Devan and the crew. Beyond the direct interactions aboard the ship itself, the game explores this motif in the backgrounds of its diverse characters, often with a palpable darkness that players will want to be ready for. Aside from the probably obvious brush with racism, the game also touches on themes of physical and emotional violence, abuse, and systematic oppression in a cross-culture setting. 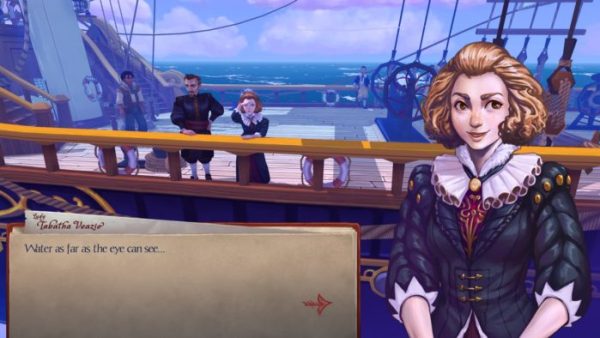 Suffice it to say, Herald’s narrative focus and somewhat dark themes may not be everyone’s cup of tea. Having said that, I really can’t stress enough how well-done the game is within this scope. The beautifully rendered world, intelligently written script, and engaging story put Herald among the best I’ve seen in the genre. With the third and fourth chapters set to release later this year, players can pick up the first two now for a fair $9.99 on Steam; while you won’t see the conclusion of Devan’s tale just yet, jumping in now does mean plenty of time to try different choices and find your favored path to move forward.