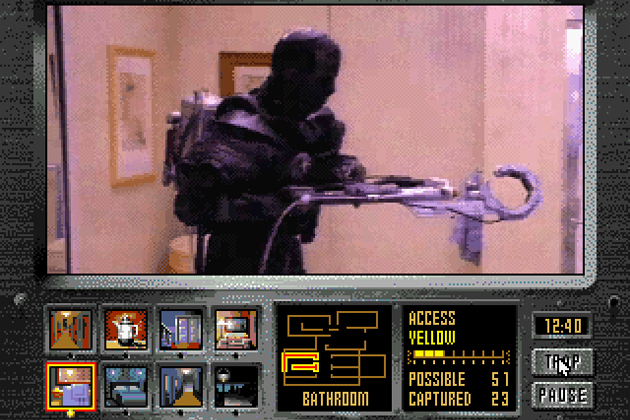 FMV games have been making a bit of a comeback lately with some recent Steam titles, and the release of Late Shift on PS4. One of the earliest FMV titles, Night Trap on Sega-CD, will be making a return for its 25th anniversary with both a digital and physical release this Spring.

Night Trap became well known for the controversy that it brewed up around video games in 1993 due to its mature content, ultimately leading to its removal from the market. The controversy would also lead to hearings in the United States Senate, and played a part in the creation of the ESRB (Entertainment Software Rating Board).

The title tells the story of five teenage girls spending the weekend at the Martin home. A group of Vampires starts to invade the home, and you have to protect the girls as a member of the Special Control Attack Team, utilizing a system of cameras and traps. Night Trap is an interactive game that uses over 90 minutes of full-motion video. Take a look at the announcement trailer down below.

Night Trap is scheduled to release on PS4 and Xbox One sometime this Spring, although no exact date was given. There will also be a limited physical release of the game, thanks to Limited Run Games. The title is being developed by new studio called Screaming Villains, and you can see more information on the official site.

What do you think about the return of Night Trap? Leave a comment below and let us know.