There’s something to be said for games that ditch the idea of action-oriented gameplay to build a story. While this style may not appeal to the masses on quite the scale as epic battles or super-powerful heroes, a well-crafted narrative can still be just as engaging. Of course, games that focus solely on their story have a difficult task in front of them, since they’ve got nothing more than their ability to create a compelling world to keep players hooked and looking for the next twist. 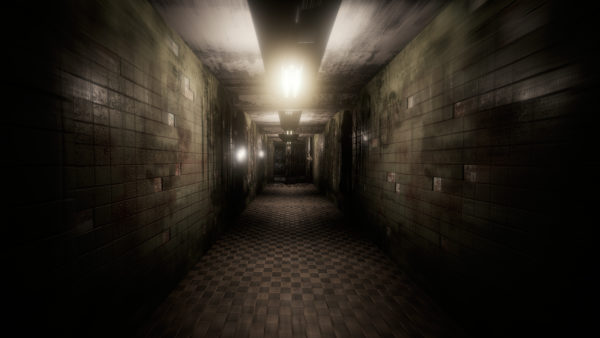 The Butterfly Sign is, by any stretch, a narrative-driven game. Our story here follows Jack, the sole survivor of a terrorist attack on Memority mental hospital that was being used to develop and test an experimental drug called Rammex. With his memory in pieces due to the injuries he’s sustained, Jack finds himself at the mercy of Dr. Romanov, the hospital’s chief scientist, who seeks to use the newly-developed medicine to draw the truth of what happened from the recesses of Jack’s mind.

Most of the Butterfly Sign is played as a memory, with Jack struggling to recall the details surrounding the attack on Memority as Romanov peppers him with questions and a steady supply of Rammex. Of course, being pumped full of an experimental neurological drug isn’t all rainbows, and the side effects not only twist the recollections of the events at Memority, but also splinter Jack’s mind with long-dormant memories of times long since past.

Perhaps the strongest points of the Butterfly Sign are its beautiful graphics and unique narrative style. In order to progress, players will have to guide Jack through his memories and put the pieces together to unearth the truth of what happened. The game offers little guidance outside of blocking off your next destination until you’ve thoroughly investigated your current locale; this can become frustrating if you’re having trouble locating the clues you’ll need to check out. 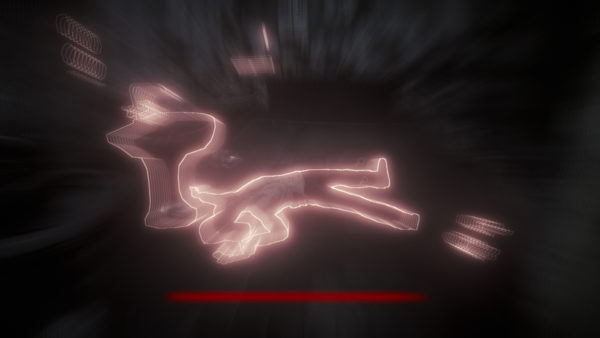 Speaking of clues, the Butterfly Sign has an interesting if somewhat murky detective-work mechanic. Coming upon a scene of importance, Jack will have to examine each individual piece of the puzzle and draw conclusions from it. Players will have possible deductions to choose from, with a correct selection moving things forward and a wrong guess pushing Jack closer to death as the Rammex’s debilitating side effects rend his already-feeble mind. The number of attempts at each scene varies depending on the difficulty level chosen, and players won’t be able to rely on simple guesswork to proceed.

Unfortunately, the Butterfly Sign is not without its struggles. The haphazard crime-scene style investigations don’t blend particularly well with the rest of the gameplay, and the lack of direction can leave you feeling lost within the dark, cramped halls of the hospital. While the graphics are undeniably gorgeous, the load times that they bring with them tested my patience in more than one instance. Its worst shortfall, though, was its failure to really give its characters any life — an exceptionally necessary part of any game that’s putting story first. 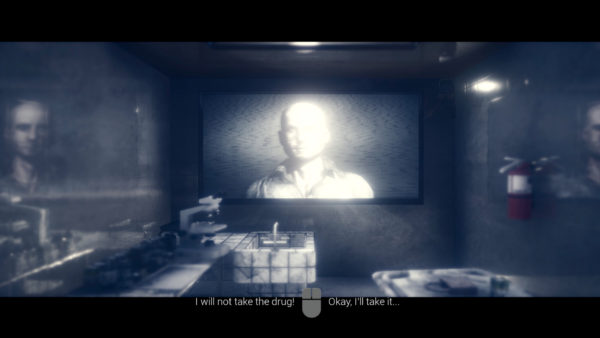 There’s also the problem of the Butterfly Sign’s brevity. While I understand the appeal of chapter-based games, and telling a story across multiple separate parts, the game’s opening chapter, Necessary Evil, fails to deliver an experience that feels complete or draws players into the next chapter. A well-done episodic game has an arc within each chapter, telling a complete story that serves as part of a greater whole. Here, the chapter divisions feel stiff and unnecessary with no definable tale told within the confines of this opening salvo.

While I can’t say that my time with the Butterfly Sign was entirely wasted, it’s tough for me to recommend the title. Wonderful graphics aside, the game’s decision to focus solely on its narrative becomes cumbersome given the half-baked feeling of the story itself. It feels like a game that “works on paper” — the idea is there, and seems interesting, but it lacks the fleshing out that would really make it pop. If you’re looking for a game with a cool, one-of-a-kind concept that may not hit the nail on the head, though, the low buy-in of $4.99 per chapter over at Steam won’t set you back too much.