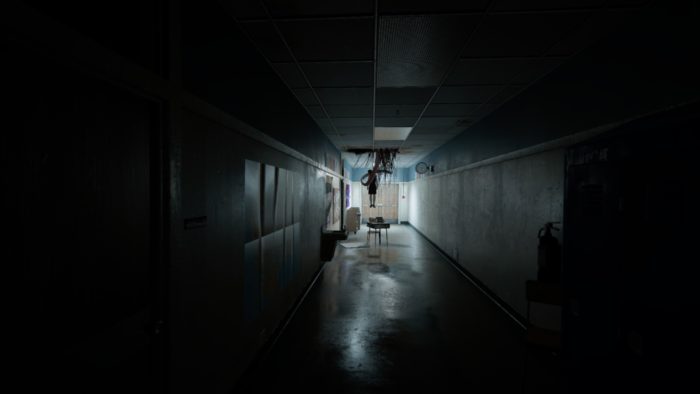 How to Get the Alternate Ending in Outlast 2

Outlast 2 has a lot of things going on with its story and it all makes for one interesting ending, which is possibly one of the more confusing video game endings of the year thus far. After fighting through the isolated, rural Arizona area, Blake’s wife gives birth to a baby before dying. This is after discovering all of the mind-control experiments that the Murkoff Corporation (who you may remember as being the people behind the nightmares of the first game) have been carrying out in the area. It’s next to impossible to trust what Blake witnesses in the latter half of the game as his mind and memories are warped and he falls under the control of something else.

When all is said and done, it’s difficult to decipher if there was ever any baby at all. In the past, Murkoff’s experiments led women to develop psychosomatic pregnancies that came across as quite real even though there was nothing there. This would help explain how Lynn went from perfectly healthy and decidedly not pregnant to giving birth in what appears to be only a matter of days in Outlast 2’s story. With everyone falling victim to the experiment, it’s possible that it was one huge, shared hallucination. But there’s more to the ending outside of the mysterious birth (which we’re hoping Red Barrels eventually gives definitive answers to), there’s also Blake’s final vision of Jessica, his childhood friend.

Most players, including myself, entered the school’s kitchen area to find a young Jessica with a vicious bruise around her neck and the pale visage of a person who died by hanging. Her lips are purplish even though her smile is genuine, the burn from the rope makes her hard to look at and Blake’s guilt undoubtedly washes over him as they kneel down to pray for what we assume is the final time. However, there is a second, alternate ending to Outlast 2 that follows all the same steps and motions, except Jessica is… normal. She appears as pretty as she was when you guys used to sneak off to fool around. No marks, no scars, no pale blue face. No sign of ever being hanged at all. And, after looking over the game, it turns out that this may be due to the fact that this is the true Jessica, that she wasn’t suicidal. Before getting into that though, everyone probably wants to know how to unlock this ending.

It’s honestly a bit confusing and players can’t seem to find a definitive answer. Some claim that it only unlocked after finding all of the collectibles. Others have had it pop automatically during the second run, with a few claiming it popped during the first run despite not grabbing everything, meaning it’s possibly connected to a specific act in the story. The only one that seems to work 100% of the time is finding all of the Outlast 2 collectibles then playing the end again, though you may be lucky enough to just have it appear during one of your playthroughs. But what does it mean?

It comes down to the memory concerning the truth about Jessica and that “demon” that chases you in the school visions. As you near the end of the game, Blake has a vision that shows the last time he saw Jessica, before she supposedly killed herself. They were in school, fooling around as always, but were stopped by Father Loutermilch as they exited the building. Jessica was immediately afraid of him, which shows a possible history of abuse from him that Blake was unaware of. He interrogates both children but then asks Blake to leave so that he can “pray” with Jessica. Jessica begs Blake to stay, but due to his budding love for Lynn (even though they’re only in the fourth grade) he doesn’t. As he exits the school he can suddenly hear Jessica screaming for help. After racing towards her voice, she can be found battered and broken at the bottom of a staircase with Father Loutermilch standing nearby saying “I don’t know what… you think you saw.”

You’re led to believe that Jessica survived that and hanged herself later after growing tired of the abuse. But if you look at that scene, look at Jessica’s body laying there on the steps. She doesn’t appear to be unconscious, she looks dead and her neck looks broken.

It would appear that Blake’s guilt of witnessing what happened as well as his fear of Father Loutermilch allowed him to be convinced that Jessica killed herself. However, deep down inside, he knows that Loutermilch is responsible which explains the lecherous demon that chases Blake in some of the visions. If you look at its face you’ll notice a marking above its eye, the exact same marking that the priest has. After the event with Jessica, the father most likely strung her up with a noose to cover up what he’d done. Since Blake was the only possible witness, who he convinced didn’t actually see anything, it was the perfect cover up. Depressed little girl hangs herself in school, and nobody else is to blame.

Yet, over the course of Outlast 2’s story, Blake is forced to face those events. To face his past, his fears, and his decisions. Coming to terms with the truth, and seeing that Jessica didn’t, in fact, hang herself may explain why it’s possible to see her at the end devoid of the markings. Her true death wasn’t by her own hands, and marks you saw were part of you covering up the truth in your mind. You can finally see her clearly after shedding all the lies.

It’s interesting that this is the only difference in the alternative ending for Outlast 2, though. We’re curious to see if any future DLC revisits both Blake and his past, or if a new character will enter the area like in Whistleblower. Do you have any theories concerning Outlast 2’s alternative ending? If so, feel free to share. And for more on this terrifying game, be sure to check out our wiki.