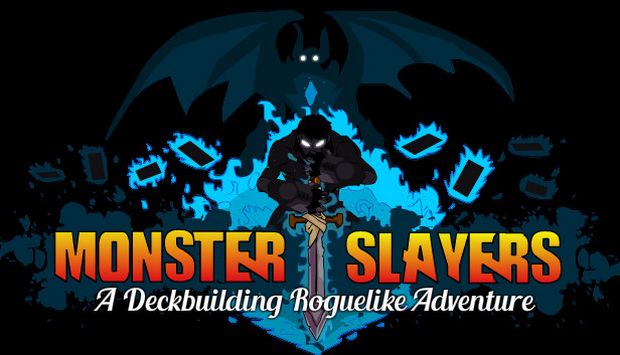 Deck-building games are an interesting breed. There’s a distinct element of chance or luck that blurs the line of strategy, while also requiring players to plan out their turns in order to get the most out of them. Monster Slayers brings an interesting twist, adding these card-centric pieces to the forefront of a roguelike RPG that puts players in control of would-be members of a guild of, well, monster slayers. Players will have to manage their decks, character gear, and much more in the pursuit of victory. It’s an interesting twist on the normal dungeon-crawling mechanics, and despite seeming like an odd combination, it works.

Upon starting up Monster Slayers for the first time, players are given the chance to create their first up-and-coming guild recruit. The game warns you outright not to spend too much time worrying about the specifics; after all, this character — and many more to come — will almost assuredly meet an untimely demise. The point, at least at first, isn’t to try and complete the game’s increasingly-challenging story, but to gather fame for the guild. While your character will level up through battling monsters and exploring the land, the guild’s fame allows you to purchase long-term upgrades to give you a leg up on future runs.

With a pretty broad selection of classes to choose from, Monster Slayer gives players some great opportunities to try different approaches. While the core gameplay doesn’t change, each class comes with its own advantages and unique deck elements that force you to strategize in different ways. For example, the Knight brings a hefty dose of defensive prowess, while the Wizard focuses on immense damage output. The Cleric excels at dealing long-term effects and keeping health levels high, while the Rogue’s specialty lies in playing a long string of increasingly-devastating cards in a single turn.

Character progression in Monster Slayers is pretty simplistic. Players earn experience by taking down foes, and leveling up increases your health, mana, action points, and can add more cards to your deck or increase hand size. Most cards will require action points or mana to play, depending on the type, and can bring a multitude of effects into play. Combat is turn-based, with the player always having the first turn, then trading off with their opponent until one falls. After each battle, players select a new destination on a simple grid to move on to the next enemy, ally, or treasure.

With a pretty extensive list of cards, including those unique to each class, Monster Slayers really does offer a pretty broad variety of play styles. Adding to this are the party members that can provide powerful backup to your hero. You’ll get a new party member as you begin each run, with the guild offering two options randomly selected from the available allies. They won’t factor into every fight, as their abilities take a number of battles to cooldown, but the skills can turn the tide in a difficult struggle against particularly powerful foes.

Of course, Monster Slayers isn’t content to offer only character levels and guild-level upgrades. Equipment found along the way will be turned over to the guild’s supply chest when your character dies, leaving it available for future recruits to plunder. A well-equipped hero is certainly more likely to survive, so managing equipment is nearly as important as managing your deck and character upgrades for making forward progress. Players can expect to see the deaths of many characters as they work to gather fame and fortune to improve their future chances.

On a design level, Monster Slayers is relatively simple and straightforward. Gameplay is easy to learn, and while getting the hang of certain classes may take a little more trial-and-error than others, it’s not as convoluted as your average “pure” deck-builder. Since death is inevitable, trying a new strategy almost always pays off in some way, even if it’s only to learn that it’s not a good approach. While there are some class balancing issues that might need some future tweaking, for the most part any class has a reasonable chance at a deep run as long as players are mindful of their strategy.

All in all, Monster Slayers is a solid, easy to pick up and play kind of game. While it may not be as mechanically complex as other deck-builders, the variety and ease of gameplay make it a ton of fun to jump into. Each new run can be over in a flash if you’re not careful, but a well-played one takes a solid thirty minutes or more, all without demanding too much from players and often offering something new and interesting. The $8.99 price on Steam is actually lower than I’d expect, so it’s certainly a fair deal. If you’re looking for an innovative and fun new adventure game with unique gameplay, look no further.