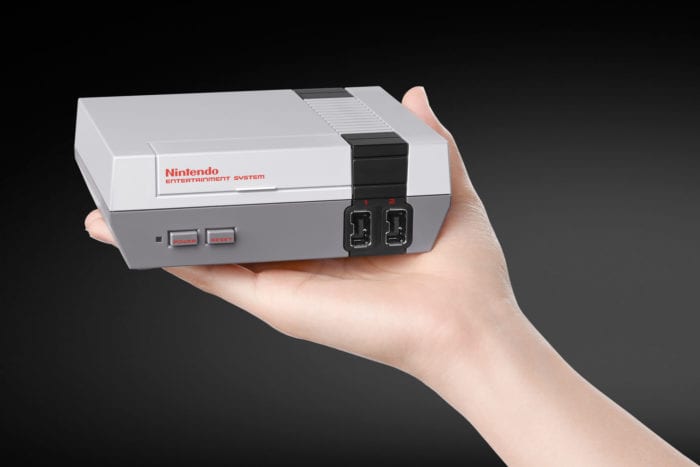 Last year, Nintendo released a tiny system filled with nostalgia, known as the NES Classic. It hooked up directly to your TV with an HDMI cable, and let you play 30 all-time classic NES titles. As you can imagine, demand for the system skyrocketed, selling out instantly at every location. The big problem, of course, is that the system hasn’t really been substantially restocked since, outside of a few sporadic retailers here and there. The NES Classic has become impossibly hard to find, right up until Nintendo announced they were cancelling the retro system. Now that decision may seem puzzling, but ultimately it might not be a terrible idea for Nintendo. The cancellation could definitely pay off in the long run, but not immediately.

Let’s get the obvious out of the way first. Yes, the NES Classic had a lot of excitement around it. Yes, Nintendo would undoubtedly be able to sell more if they produced more. However, remember that the Classic can only ever play 30 games, it’s more of a novelty collector’s item than anything. It’s something you’ll pop into your TV for a bit, maybe even 20 hours or so, and then put down for something else most likely. At the same time, there’s a brand new Nintendo system out, which just so happened to release five months after the NES Classic.

There’s a drastic price difference between the NES Classic and the Switch, with the former costing $60 and the latter at $300. However, if you go out and buy an NES Classic, many people wouldn’t turn around and buy a Switch directly afterward. Nintendo wants to keep interest in their new system high, especially with the news that the Switch has become the company’s fastest selling system ever. There’s palpable excitement with the Switch, and it’s a system that people are really impressed by, with the home console/handheld hybrid functionality.

The NES Classic got people excited for Nintendo, as a brand, as they remembered the nostalgia over some of the most beloved games of all time. Whether you wanted an NES Classic or not, most people were talking about it, and in turn, most were talking about the Switch. It’s very likely that the retro system was never meant to be mass produced, and more of a way to drum up people’s interest in Nintendo leading up to a big new release.

Because of this, the cancellation isn’t a horrible idea for the company. They can now double down on production of the Switch, not having to divert resources into other avenues like the NES Classic. At the same time, Nintendo is always happy to re-release their classic games digitally, and no doubt we’ll soon starts seeing NES games make their way onto the Switch. In truth, this is an even more appealing way to play the titles features on the NES Classic, as you can display them on your TV or take the tablet with you wherever you go.

Anyone that desperately wanted an NES Classic is still going to try and find one, whether it be at retailers or resellers online. Meanwhile, anyone that only had a passing interest in the system now has the Switch to look at. Nintendo is truly banking a lot on their new console, and right now while hype and sales numbers are high, they don’t want anything diverting attention from that.

Obviously, the Switch is a big investment unlike the NES Classic, but Nintendo might be hoping that doesn’t matter. Once Nintendo starts putting classic titles on the Switch’s eShop, games other than the current Neo Geo offerings, it’ll be a big draw for fans that haven’t already hopped on board. That, combined with the promise of incredible new experiences like Breath of the Wild and Super Mario Odyssey, may just be enough to attract anyone to pick up a Switch, no matter their level of investment in gaming. At the same time, keep in mind that Nintendo wants to be able to sell their classic games on the Switch, and having another system out there that anyone can go pick up, kind of negates that.

The cancellation of the NES Classic is disappointing for consumers that couldn’t get their hands on one, yet the system was nothing more than a novelty piece. Ultimately, it’s a better idea for Nintendo to be done with the system, and divert all of that nostalgia and attention onto the Switch. The company wants everyone on board for the future, and there’s no doubt even more ways that you’ll get to play all your favorite classic games moving forward.