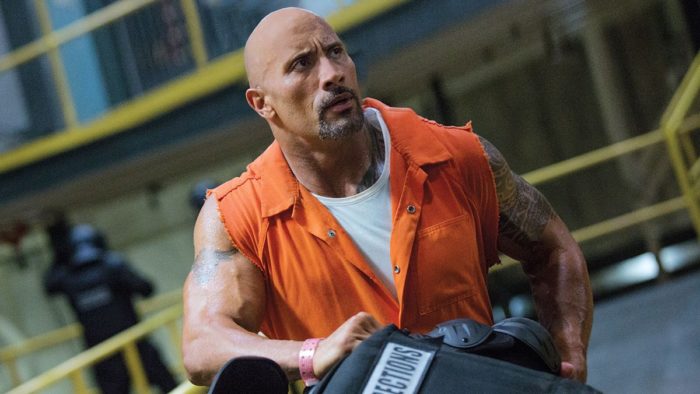 Last weekend, Fate of the Furious released to a crazy big opening weekend (it beat out Star Wars: The Force Awakens!). Among the many praises hurled at the film was the dynamic between Luke Hobbs (Dwayne Johnson) and Deckard Shaw (Jason Statham), both who previously played villains in earliest entries in the Fast and Furious franchise, with Hobbs in Fast Five and Shaw in Furious 7. Their banter struck a chord with audiences, and before Vin Diesel interjected, a post credits scene was intended to be included with the film to set up a possible spinoff. Now Universal’s making that a reality, pairing the two of them together for the series’ first side film.

Deadline has learned that Chris Morgan (screenwriter for every film in the franchise since Fast and Furious: Tokyo Drift) is writing the film that’ll see both Dwayne Johnson and Jason Statham as Hobbs and Shaw together for a side story that’ll presumably tie in to the ninth numbered entry in the series when that comes out. Right now, there’s just talks; there’s no director on board, nor any additional cast mates. Still, this continues the franchise’s longevity, which certainly can’t hurt Universal’s prospects at all. Especially considering that Fate of the Furious’ current box office is at $685.5 million.