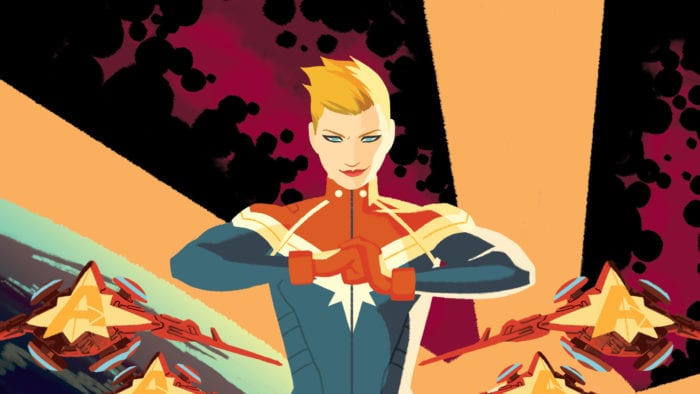 Today, Marvel has announced who’ll be helming their upcoming Captain Marvel movie. Instead of one director, as has usually been the case with most of their films, it’ll be helmed by two: Anna Boden and Ryan Fleck, who both helmed the 2015 film Mississippi Grind, are teaming up to handle Marvel’s first female led film. The studio met with many contenders, with sources close to Variety saying that the studio wanted the script (written by Inside Out scribe Meg LeFauve and Guardians of the Galaxy’s Nicole Perlman) to be in the right shape and that the search itself was thorough.

The Captain Marvel film is expected to be an origin story for Carol Danvers. Carol is an Air Force pilot whose DNA was fused with an alien’s during an accident, imbuing her with superpowers of super strength, flight, and energy projection. Since her “promotion” to Captain (she was originally Ms. Marvel until 2012), she’s headlined multiple solo and team comics, along with being a part of several of Marvel Comics’ events, the most recent being Civil War II. In the film, she’ll be played by Oscar winner Brie Larson.