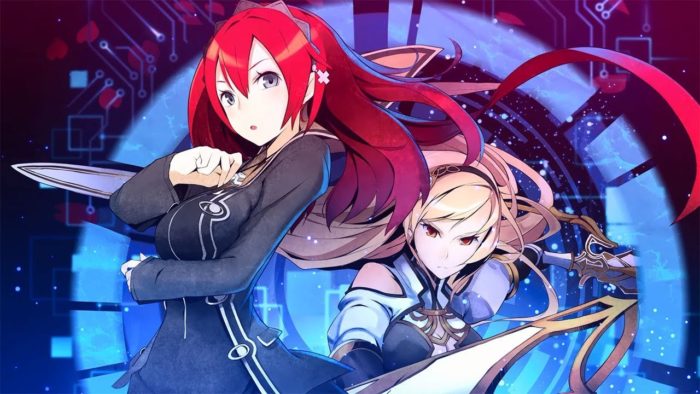 Procedurals are like the legends at the bottom of maps: they give us all the little calling cards and details, so that we understand the map more clearly. They go beyond genres, and in their focus deliver tailored packages: a court case; a police investigation. With Operation Abyss: New Tokyo Legacy, you have a JRPG dungeon-crawler. There’s always something comfortably reassuring when something ‘knows what it is’; it doesn’t feel the need to overstretch or dilute itself for anyone. That can cut both ways, though. If what you have isn’t all that compelling, the game settles into convention like a comfy couch and stagnates.

A near-future Japan is visited by a cadre of ghouls called Variants. These things have come from an extra-dimensional plane called The Abyss – there’s your dungeon – and are up to absolutely no good at all. The Code Physics Agency is a government-funded platform, has you (and a group of super-powered teenagers called the Xth Squad) in its employ, and gives you a friendly but firm shove into said Abyss to save the world.

True beauty needs no ornament; Operation Abyss’ beauty lies in its ornament. The game’s art wraps itself around a muddy, homogeneous core. The dungeons ooze into one big, brown, brick-built affair and fade into the background. What captivates is the vibrant detail lavished on characters, splashed with color and expressive flourishes. The Variants, too, must be commended. If the haunting monster designs in Dark Souls depict creatures cruelly wracked with anguish and sorrow, then New Tokyo Legacy depicts the gleeful depravity of science experiments gone wrong – alligators with Tesla coils bursting from their backs, insectoid women with jewel-red eyes and exoskeletons.

There were moments when certain scenes would give me pause to stop for a moment and take in the view; it’s just a shame it came by way of such rote, mechanical exploration. Movement is caught between the old and the new: you move in four directions and in fixed blocks as if you’re on a grid, but you see the world in first-person. By tapping one button, you can reel down corridors at lurching speed until you come across something that requires a good kicking. Battles are turn-based, and present you with flat, characterful artwork superimposed on dull polygonal backgrounds.

There’s tinkering to be done in abundance: picking between abilities, donning different equipment, fine-tuning statlines. It is by the book and it is old school. In fact, New Tokyo Abyss is a repackaging of two games: Generation Xth: Code Hazard and Code Breaker. Two years ago, when it was released for the Vita, short-burst play and a vibrant screen made for a portable gem. The decision to bring this one to PC is likely to please die-hards that didn’t buy into Sony’s under-appreciated handheld.

The other thing about procedurals is that they can be more readily compared to one another, but in this area Operation Abyss is found wanting. It pales in comparison to Experience Inc.’s previous JRPG Dungeon Crawler Demon Gaze, a game which offered its own creative spins with rent systems and loot portals to mix things up. Neither does it stack up well to the nuanced, complex challenge proffered by Etrian Odyssey on the 3DS – an obvious yardstick Operation Abyss was measured unfavorably against when it launched on Vita. Still, this PC port won’t find itself in direct competition with those efforts now, and for the better.

What’s here isn’t bad at all; it’s by no means best in class, but it does deliver on its premise. There is satisfaction to be gleaned from the battles if you buy into the strategy and tactics; there’s a lot to take in here (well upwards of 30 hours); and it’s dressed up in sumptuous art. If you’re a sucker for a dungeon-crawler or for JRPGs, then this will sate your thirst two times over. There isn’t much here to recommend to the uninitiated though.