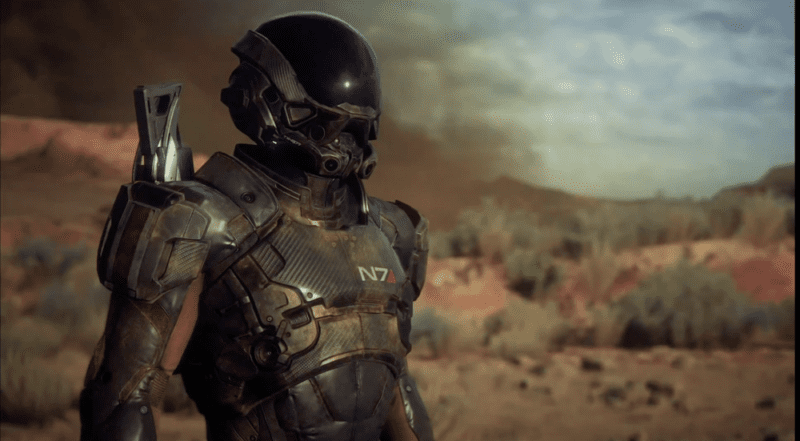 Mass Effect: Andromeda is right around the corner and the game is arguably one of the most anticipated titles of the year. Andromeda will take us back to the world/galaxy of Mass Effect but will introduce us to new characters, planets, and gameplay features.

As an action RPG, the original Mass Effect games did not feature a jump button, meaning players boots were stuck firmly to the ground. However, in Andromeda there is a dedicated jump button which will allow players more freedom of movement and adds an element of verticality to the game.

In the latest issue of Official PlayStation Magazine, BioWare Producer Fabrice Condominas revealed that adding such a feature was harder than you might have thought.

“It was very hard. It’s extremely complicated. We’re a cover-based shooter and so suddenly you’re adding verticality, because adding jump really means adding verticality, which is a totally different dimension. Especially in the Trilogy, it was very flat. We’re also a cover-based shooter in third-person, and usually the basics of that are you analyse the cover layout and tactically you decide which cover to use, and suddenly we blew up all of that tactical aspect as you can jump from cover, which means your enemies can, which means your squad can too.

“So, at the beginning the real question was: are we still a cover-based shooter? We decided we were, which meant we had to rethink the tactical aspect entirely, as we wanted to keep the notion of tactical combat. We still reward tactical thinking; players who take their time to judge the environment and sit back will find they’re rewarded.”

It seems players who prefer to be more tactical can still enjoy that play style whilst more direct players can literally leap into action. Mass Effect: Andromeda is set to be released on the PlayStation 4, Xbox One, and PC on March 21 in North America and March 23 in Europe.