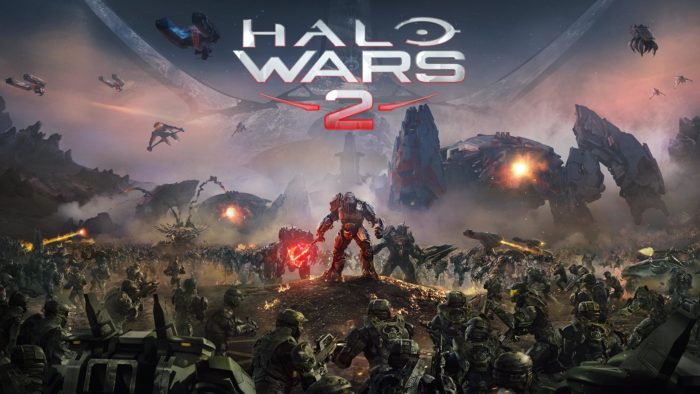 Halo Wars 2 is Microsoft’s first major exclusive of the year but it isn’t exactly making waves. The sequel to the spin-off strategy game was poised to deliver on the promise of the first game and prove that crafting a good console strategy title is possible. But while it looks like a Halo game, and even bears the name in order to grab the attention of fans, it doesn’t manage to stand out in the crowded strategy genre. It’s unique in the fact that it is one of the only console strategy games, but it doesn’t manage to capitalize on the platform. Even more troubling is that while it failed to take advantage of the Xbox One, it was also heavily pushed as a PC game.

Looking ahead, Microsoft has a fair number of exclusives slated to release in 2017 but if Halo Wars 2 is any indication, the year may be a bit rough. The game received little marketing and Microsoft missed out on an opportunity to reinvigorate one of the only Halo spin-off series, instead focusing on how it could also be played on something that wasn’t a Xbox One. However, we still have Sea of Thieves, Crackdown 3, State of Decay 2, and a Phantom Dust remaster to look forward to, which are all opportunities for the company to put its console on the right track. Unfortunately, we haven’t seen much concerning these titles and, after the cancellation of Scalebound, it has us concerned about 2017’s lineup.

Sea of Thieves is supposed to return Rare to its roots as a developer of fun, wacky games, but we still haven’t seen enough to know what the game really has to offer. We know that we’ll work with other players to sail a ship, explore mysterious islands, take down rival pirates, and generally wreak havoc. All of these features sound like they have the making of a great experience, but what awaits players who just want to explore by themselves? Too many questions remain for a game that’s slated to release within the upcoming months and that’s troubling when you consider it’s one of the few known exclusives we can expect. There have been a few developer diaries, and there is an alpha, but the details from both of those have largely revolved around the same elements. It would be interesting to see what their big push for the game is, if it’s not just the multiplayer possibilities we already know about.

The same can be said for Crackdown 3. The game has barely been glimpsed since its reveal and we’re still waiting for more details on this open-world, super agent game. On top of that, the original Phantom Dust reboot was canceled in favor of a remaster and that’s all we’ve heard about that. Unless Microsoft takes the stage at E3 and announces a slew of new titles coming out before the end of the year, or, at the very least, starts to detail the games they revealed years ago, it looks like Microsoft has played most of its cards and it’s not exactly a winning hand.

Microsoft has been at the top of its game in terms of exclusives for the past several years with well-received releases like Halo 5, Sunset Overdrive, Gears of War 4, and Forza Horizon 3. Knowing that they’re capable of putting out blockbusters just makes 2017 all the more worrying. None of those titles are slated to get another release this year, with the exception of maybe Forza Motorsport. Halo Wars 2 would’ve been a way to inject some of the power these titles hold into this year’s lineup. Even though it’s a spin-off, Halo is still the company’s flagship franchise, and that normally means something. It’s great that the game has received favorable reviews, but it’s the only Halo title we’ll likely be receiving in 2017, and as an RTS, fans of the main series may not be drawn to the radically different gameplay. When coupled with the lack of proper attention from its publisher, Halo Wars 2 ultimately failed to give fans a Halo game to be excited about.

Halo Wars 2 didn’t get as much coverage as other exclusive titles, which highlights a trend of increased secrecy about Microsoft’s games. The Xbox One games page on Microsoft’s website primarily features third party titles. The upcoming games section only shows Halo Wars 2, Sea of Thieves, and Crackdown 3 as big games to watch from the publisher. Click through to a game like Sea of Thieves and you’ll be treated to a series of gorgeous screenshots and a handful of trailers, the last of which was released during E3. It makes sense that Microsoft wouldn’t just reveal everything, but when you have games set to come out relatively soon (we’re already in the third month of the year) then they need to do a better job of communicating to the public what these games are all about, especially when they are new IPs or relatively unknown series.

Xbox platforms have always offered up titles such as Halo, Gears of War, and Forza, so they can get away with revealing a little less for those series in order to generate hype. They’re well established franchises and fans already know what to expect. They can also use those games to expand the library during dry seasons, but they can’t simply rely solely on them for success. Sea of Thieves has garnered as much buzz as it has mainly due to Rare’s involvement, but it needs an extra push if it’s expected to have the same effect as the platform’s heavy hitters. Crackdown 2 was a letdown, but the original title is still a fun super-powered romp, and its upcoming sequel sounds incredibly promising. Taking the open world and maneuverability of the first two titles and adding in a completely destructible world has the makings for one of the best open world games of the year. But these possibilities need to be conveyed to the fans.

2017 may just be a slow year for Microsoft in terms of exclusives because the majority of their big series either saw releases recently, or are getting ready to release a new entry. But exclusives still play a big role in bringing players to a particular console, and there’s no reason not to put the same level of attention towards the next string of exclusives. When there’s less exclusives on offer it sticks out like a sore thumb, and the pressure is only compounded by the fact that they aren’t “major” exclusives. Halo Wars 2 may be a good game, but it certainly isn’t going to move systems, and part of the reason for that is it was never marketed to do so. Not something you’d expect from an exclusive title on a major console.

Granted, Halo Wars 2 fixes many of its predecessor’s issues, and our own review praised the improved interface and control, but playing strategy games on console is still seen as the inferior way to enjoy the genre. Microsoft didn’t put enough focus on these fixes, instead highlighting that the game was part of the Xbox Play program. It didn’t help Halo Wars 2 that a lot of the marketing surrounding the game revolved around the messaging that it could be played on a PC rather than on the Xbox.

Their other exclusives will be part of the same program but this shouldn’t be the focus for games many aren’t even sure that they want yet. Microsoft needs to put more of a focus on why players need to pick up their games. The problem here isn’t with the quality of Halo Wars 2, it’s with how Microsoft is marketing their exclusives and communicating with consumers.

Hopefully, Halo Wars 2 will prove to be the exception and not the rule. With Microsoft’s impending E3 presentation, they have the opportunity to show they’ve learned from their mistakes. The poor way that Halo Wars 2 was handled cannot be how the company goes forward with the next few releases. If all goes well we’ll actually start seeing what the year has in store for Xbox One owners in terms of exclusives. If not, then this will be a very rough year indeed.