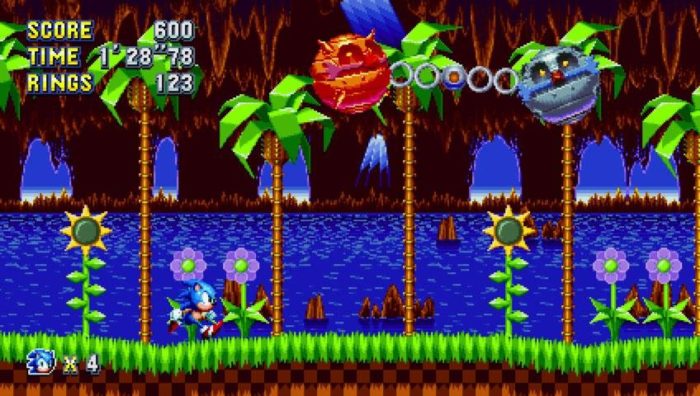 Sonic Mania is a blast from the past, combing classic Sonic levels with brand new ones. Green Hill Zone is the obvious classic you’d expect to appear, and Sega has released ten minutes of new gameplay showing off the newly redesigned Green Hill Zone Act 2.

The video walks through Green Hill Zone Act 2, where almost everything is entirely new. It still retains the vibrant tropical setting of the first act, but this time includes pools of water to wade through as well. According to the commentary on the video, Act 2 is loosely based on an early prototype for Green Hill Zone, and the deve team has sprinkled a few Easter Eggs throughout the level. Players can also activate 1.5 player mode, which will let a friend control Tails or Knuckles. Take a look at the video down below and see what’s new for yourself, the first video features commentary while the second is just the raw gameplay.

Sonic Mania is set to release this Spring for Xbox One, PS4, PC, and Nintendo Switch. If you haven’t seen it already, take a look at the retro Collector’s Edition announced for the game.

Are you excited for Sonic Mania? Do you think Sonic’s throwback will prove to be the right way to go? Let us know down in the comments below.