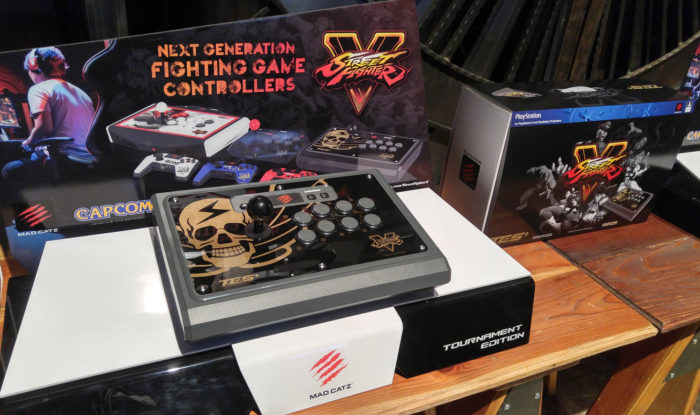 The hashtag #RIPMadCatz has surfaced on Twitter as a gloomy confirmation of what many gamers hoped would never come—Mad Catz Interactive voluntarily filed for bankruptcy. Mad Catz made the announcement today just a week after the company was delisted from the New York Stock Exchange. The news is unfortunate but it’s far from surprising. If anything, fans of Mad Catz’s arcade sticks were simply sitting in the shadows with their fingers crossed, hoping that somehow, someway the inevitable would be avoided.

Back in January the NYSE threatened to delist Mad Catz if the company failed to increase the value of its stock. At that time, Mad Catz stock was trading for a measly $.15. More recently, that number dropped to the single digits and eventually the stock was being traded for $.02. It was nothing less than an ominous foreshadowing of Mad Catz’s imminent doom.

Now that the day of reckoning has finally come, the fighting game community has been particularly active online in paying their respects to the gaming peripheral company. Mad Catz was around to support the FGC even in the early days of esports. Before anyone would have imagined competitive gaming would catch fire the way it has in recent years, Mad Catz was supporting players and advocating for the culture. Regardless of which gaming peripherals company reigns supreme in your mind, it’s impossible to ignore Mad Cat’s influence and impact over all these years.

#RIPMadCatz ! You will be missed.

It's so strange to see one of the biggest gaming peripheral companies go out this way! #RIPMadCatzhttps://t.co/OnQb8sNmVW

MCZ were one of the earliest companies to give me work in the FGC. Don't think I'd be here without them #RIPMadCatzhttps://t.co/fADous43xo

Their contributions to the FGC over the past 9 years are indisputable – they will be missed. #RIPMadCatz https://t.co/y83lLcaRVg

One of my favorite things while at MCZ was how open they were to pushing & working with the tech talk/modding community. #RIPMadCatz

#RIPMadCatz Thank you for my first and favorite arcade stick! pic.twitter.com/Tstj0cp0Ww

This is the Saltford Special. It's been with me since EVO 2012.
I play anything I can on this, even NES games. Thanks, and #RipMadCatz pic.twitter.com/PQYtHkG2P9