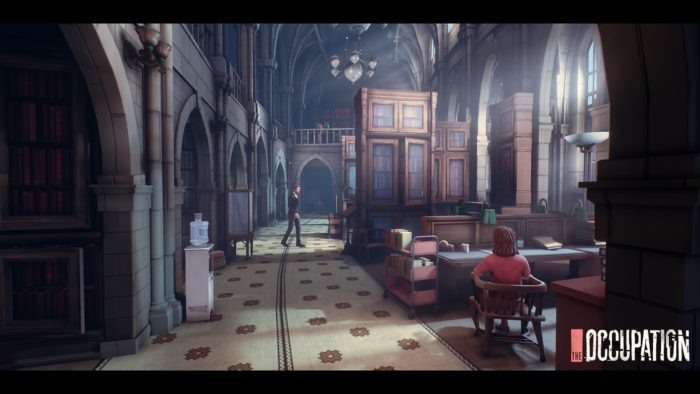 The Occupation is set in 1980’s North-West England after a terrorist attack has forced the Government into a corner. The Occupation’s official site provides some additional details:

“A terrorist attack has left 23 dead & has become a catalyst for the creation of The Union Act. A controversial act which threatens the civil liberties of the British population.

The day is October 24th 1987 and the next 4 hours will determine the outcome of the act and the future of the country. Events happen in real-time and you must make decisions based on the evidence surrounding you.

Is the cost of an extreme action outweighed by the cause of the greater good? You are the reporter. You decide the narrative.”

Unfortunately, aside from the announcement trailer below, little else is known about the game. At this moment in time, White Paper Games has not revealed what platforms the game will be releasing on. However, we do know that it’s currently slated for a 2017 release.

The indie studio’s first title, Ether One, was an enthralling story-driven exploration game, with challenging environmental puzzles scattered throughout. Judging by the trailer and description for The Occupation, it certainly looks like we can expect more of the same.

It’ll be particularly interesting to see how the player’s ability to “decide the narrative” will be implemented into the storytelling. Multiple endings, perhaps? We’ll be sure to keep you updated as we find out more.