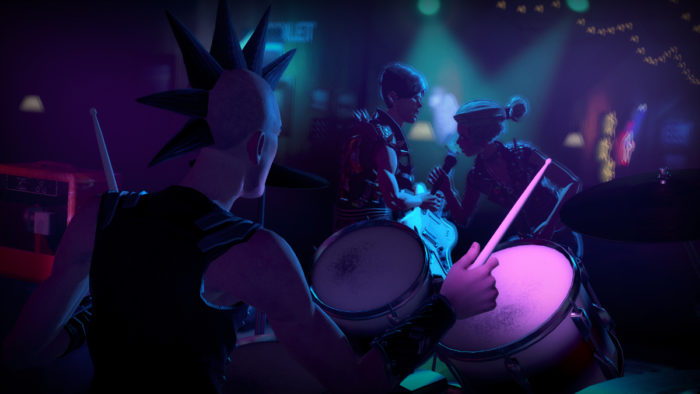 March 2017 only has a handful of scheduled VR releases, but there are still several that are yet to be confirmed for Early/Q1 2017 that have a chance of becoming available this month. One confirmed title that is sure to get Harmonix fans excited is Rock Band VR for the Oculus Rift coming March 23. Using either a PS4 or Xbox One guitar controller, players can wirelessly connect to a PC to play a digital copy of Rock Band VR. Currently, there are bundles priced at $69.99 on Amazon that include a digital copy of the game as well as a guitar controller. A Rock Band VR connector that is necessary to play the game comes included with a purchase of the Oculus Touch controllers and connects to the top of the guitar shown in a instructional video here.

There’s also Essence, and Syren that both have yet to get specific dates in March at the time of writing, but their developers are explicit about them releasing some time this month. Syren has already released on the Oculus Rift and HTC Vive systems on Feb. 15, but is scheduled to make its way to PSVR this month as well.

And don’t forget titles that might also release in March due to their more open Q1, Early, and 2017 release date windows.

Here are all the VR titles are due to release sometime in early or unspecified 2017, but have yet to receive a confirmed release date at the time of writing.

Finally we have the VR titles that have no release date in sight, but still sit hopefully on the horizon with a vague “coming soon” or “TBA”. We can only hope one of these might be dropping this month too, however slim the chances may be.