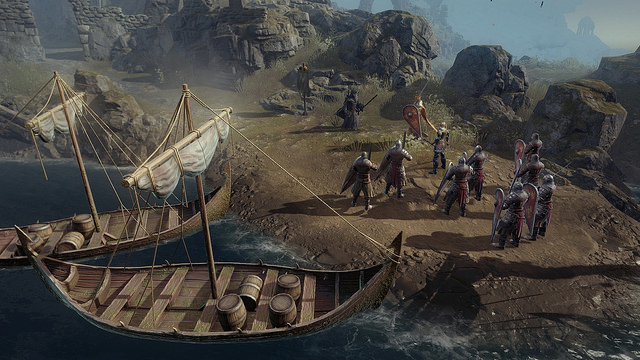 Vikings – Wolves of Midgard was originally revealed for PlayStation 4 in June 2015 but the wait for its release in nearly over.

Gamesfarm has revealed, via a post on the PlayStation Blog, that their game will be coming to PlayStation 4 on March 28. A new trailer that details the game’s features, which you can see below, was also released.

“Vikings — Wolves of Midgard is a combat-focused action RPG set in the shadow of Ragnarok — the end of days. When the Jotan begin to unite the Fire and Frost Giants under their flag in preparation for their march on Asgard, they cross paths with an outcast clan of Vikings called the Ulfung, the Wolf Clan. You arrive from the winter hunts to find your village in ruins and under attack from the Jotun. The old chieftain lies dead in the aftermath of the conflict and only a handful of survivors remain, leaving you to rebuild your home while fighting against the forces of evil that would doom the nine realms to oblivion,” reads the game’s description in the blog post.

You can also customize your own Viking and upgrade your equipment with the game’s deep crafting system. The developer has also confirmed that a New Game + mode will also be added into the final release.

Vikings – Wolves of Midgard will be available on PlayStation 4 on March 28.