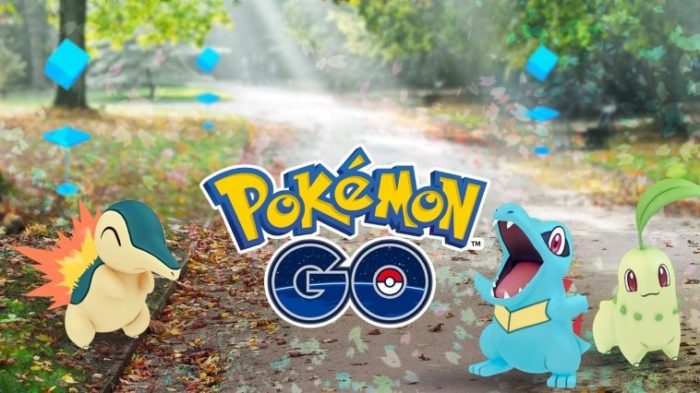 For avid Pokemon GO players who have been consistently pursuing their mobile journeys to be the very best, the release of Gen 2 Pokemon marks an exciting new chapter in that journey. With new evolutions at their fingertips, more berries to take advantage of, and even some fun new avatar customizations, Pokemon GO just got a whole lot better for those who have remained dedicated to their cause of catching ‘em all.

For the millions of players who fell out of love with capturing virtual pocket monsters on their cellphones, however, the release of another wave of Pokemon resulted in little more than a few shoulder shrugs. Pokemon GO is simply nowhere near as prevalent and popular as it was during the summer of 2016 and even the introduction of beloved Pokemon like Togetic and Espeon won’t be enough to change that. Why? Because the variety of Pokemon available to catch was never really the problem and it’s not what caused the app’s player base to plummet by the time fall came around.

Niantic’s latest update is easily the biggest update the developer has rolled out for the game to date but it failed to introduce any much-needed updates to the actual gameplay. All that marketing promised gamers the chance to see the world around them come alive with Pokemon as they catch, train, and battle with their new digital companions. What Pokemon fans received last summer, and what still exists today, is a digital rendition of Pokemon card collecting. If Niantic really wants to begin recapturing the more than 15 million daily users that have gone astray, here’s what they should truly take a look at before dumping more Pokemon and berries into the game.

Should Pokemon GO recreate the exact same battle mechanics that already exist in the Pokemon games available from Nintendo? Certainly not. Should the app at least take those mechanics into consideration? Absolutely. Battle mechanics in the Pokemon games are incredibly simple but enough to make you feel like your fate isn’t entirely left up to something as trivial as screen tapping or a pure competition of attack power. Pokemon GO battles tend to favor the Pokemon with the highest Combat Power (CP) but those who have been battling Pokemon since the 90s might find this a little annoying.

There are tons of Pokemon who shine, not for their attack power, but for their helpful abilities or non-attack related moves that make them more viable in battles. Jigglypuff doesn’t come close to cracking the top 25 best overall Pokemon in Pokemon GO, according to Eurogamer, but imagine how much more useful the round monster would be if its ability to put enemies to sleep or heal allies was somehow represented in the game. Simply put, Niantic has to find a way to make the gym battles feel like engaging experiences and make victories feel far more rewarding than they currently are.

Niantic CEO John Hanke has promised that players will eventually be able to battle and trade with one another but players are getting impatient—and rightfully so. Pokemon GO had some serious issues to fix at its launch and since the game was immediately swarmed with an incredibly high volume of players, Niantic had to spend too much time correcting issues. This meant the team couldn’t dedicate enough time to introducing new features that were being requested by countless players. As it stands, you can’t currently battle your friends in Pokemon GO and the presence of other trainers is completely overlooked within the app itself.

This isn’t Hanke’s first interview promising to introduce more player-to-player interactions within Pokemon GO so his latest interview with Vice’s Waypoint just doesn’t offer much comfort for those who have been dying to discover the existence of other players within the app. For now, the only way you would know that other people are even still capturing Pokemon with you is if you look up from your cell phone screen long enough to spot someone swiping Pokeballs at an invisible monster—and all that does is remind you how silly you may look to bystanders.

In the midst of all these unfulfilled promises, there still seems to be no real discussion about bringing breeding into Pokemon GO. It seems particularly surprising that breeding hasn’t been given more serious consideration by a Pokemon game that has been far more concerned with collecting Pokemon than it has been with battling them. It is fair to note that the latest update has introduced specific genders of Pokemon, which could indicate that developers will introduce breeding soon. Unfortunately, it’s yet another feature that seems to be over the horizon when Pokemon GO players have been requesting the feature for quite some time. It could be yet another unfortunate reality of what happens when a game’s launch is plagued with bugs and server issues that distract developers from being able to focus on adding new features.

This hasn’t been discussed quite as much as the other recommended features, but Pokemon GO could seriously benefit from the addition of some fun NPCs. Every region in the Pokemon universe is filled with bad guys looking to take advantage of our dearly beloved Pokemon and any good trainer is ready to put a stop to this! Adding some minor NPCs that players might run into or even adding NPCs during certain events could give gamers an added sense of purpose when it comes to walking all around town in order to catch Pokemon and collect candy.

This recommendation has nothing to do with gameplay directly but it’s certainly a key recommendation for how Niantic can actually win back some of its lost user base. When Blizzard considers changing so much as a hair on D.Va’s head or adjusting the hemline of Reaper’s cloak, gamers know about it. Developers are active on message boards and respond to community feedback. It’s a formula that most popular developers follow. Niantic, on the other hand, has consistently suffered from poor communication with players since Pokemon GO’s creation. Niantic should seriously consider announcing Pokemon migrations, discussing details for updates before they roll out to the public and have a way to give gamers more immediate feedback regarding changes to the game.

The introduction of Gen. 2 Pokemon certainly brings more to the Pokemon GO experience but it’s still disappointing that Niantic decided to roll out an update as massive as this and ignore key gameplay problems. Pokemon GO is still a successful app overall with an impressive amount of daily users and relatively high numbers for how much time each user spends within the app. With that success still lingering around, it’s absolutely possible that Niantic is simply uninterested in spending time trying to figure out how to recapture those millions of lost players—and if that is the case, it certainly shows.

Instead of fixing the ugly crack in Pokemon GO’s gameplay, Niantic decided to simply hang a pretty picture of Gen 2 Pokemon over it.