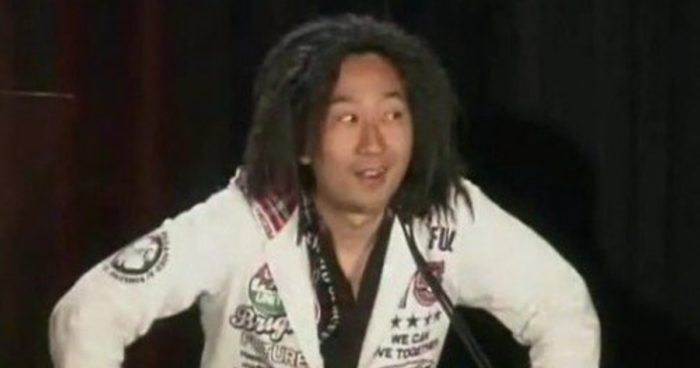 As a previous Konami producer and beloved internet celebrity (after his hilarious presentation at E3 2010 for Ninety-Nine Nights II), Tak Fujii has some words to say about the VR industry.

Taking to Twitter, Fujii states after the holidays he has played his share of VR, and despite his Twitter bio reading “VR lover”, he has some criticisms.

I have played 'LOTS' of VR games during holiday. VR made me physically tired so quickly. This has been happened once…. yes Kinect.

we need chips and cokes and nice couch (and portable toilet if possible) to keep our game going and going to rock.

@Tak_Fujii of course, VR games are coolest game experience ever. Everyone should try "GOOD ONE" to make true judge by yourself.

Massive physical movement in VR for 5 minutes would be fun for sure, but not for 20 min. People gets tired and give up easily.

Fujii wraps up his rant with some solid advice for the industry, besides including a portable toilet with every purchase.

So don't take 'legacy' design from regular console games. Make your own design and play style and PRICE (most important).

Fujii does have a point, some players do have a serious issue with motion sickness while trying out VR, making the idea of a 50+ hour RPG styled game seem completely unrealistic for them on the platform.

Let’s all just agree Fujii should make his own VR game next, yes?