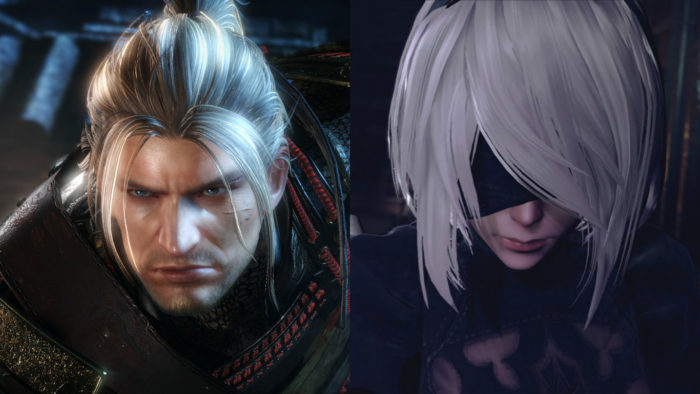 There are two major Japanese games releasing in the first quarter of 2017. These games are called Nioh and NieR: Automata, though the latter is more commonly referred to as just “NieR.” They both happen to be action RPGs as well. Both were announced as PS4 exclusives, with NieR getting a PC port some time this year as well, and both have their fair share of wacky elements players have quickly come to expect from most Japanese developers. It’s also a little unfortunate that these two games have such similar names as well. Considering that both games have so much in common with each other, it’s only inevitable that people will eventually mix the two up.

Now, don’t deny it. Everyone’s been there. Don’t worry, though, we’re here to help you out with any confusion you might be having with these games.

First off, the best way to differentiate both games is by looking at their protagonists. Both characters are pretty similar in personality, at least at a very brief glance. William has the emotional range of a spoon, while 2B literally tells her subordinates that emotions are prohibited. However, you might be able to still differentiate them through physical appearances…

Here’s a spin on the historical sailor William Adams, the protagonist of Nioh.

And here’s 2B, the main character of NieR: Automata.

It’s a little hard to mix up a guy who looks like Geralt of Rivia with an anime girl in an anime dress, isn’t it? Remember, when you go to purchase your action RPG of choice, check the game’s cover to make sure you see the protagonist of the game that you actually want.

In fact, if you’re looking for Nioh, just tell the store assistant you want the game with the guy that looks like Geralt. They’ll know what you’re talking about. They’re professionals, they have to.

And here are the common enemy types you’ll find in NieR.

Differentiating games by their enemy types isn’t a very common practice, I know. But we need all the help we can get here. So if your local retailer cashier who no doubt loves your relentless questions tells you that the game has Japanese monsters, that’s Nioh. If they tell you the enemies are all evil robots, that’s NieR. There is no middle ground.

Lastly, and this is probably the biggest difference as well as last straw, make sure to ask that minimum wage working college student about the game’s final boss fight. If you’re looking for Nioh, the game’s final boss will probably be a badass demon that draws from Japanese lore. Maybe something akin to this.

If you’re looking for NieR, however, the final boss will most likely defy all of your expectations. You see, NieR: Automata is being directed by Yoko Taro, master storyteller and troll who likes toying with players’ emotions. With that in mind, it’s entirely possible that you’ll get a boss fight that’s completely different from everything else you’ve experienced in the game. In fact, it’ll probably be a ridiculously unfair rhythm game.

The boss fight will also probably end up being widely referred to as “that bullshit boss” by the community.

At the end of the day, if all else fails, remember this at the very least. Nioh, developed by Team Ninja, is set to hit the PS4 on Feb. 9. NieR: Automata, developed by PlatinumGames and directed by Drakengard creator Yoko Taro, is set to release on Mar. 7. Whichever game you end up buying, you’ll go home with a fun and unique action RPG anyway, so everyone wins!