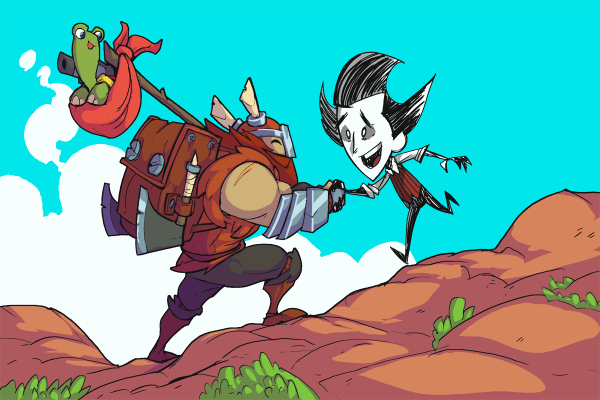 After a decade in the industry, two fantastic indie studios are joining forces to combine their skills and make some great new titles!

Slick Entertainment are the small team behind the tremendously popular platformer N+ and the recent co-op beat-em-up Viking Squad. Klei Entertainment are responsible for the Don’t Starve series, Shank and Mark of the Ninja. Both have had a very successful run in the industry, and coincidentally are already good friends!

Jamie Cheng of Klei and Nick Waanders both worked at Relic Entertainment prior to forming their studios and have been close friends since.

Slick outlined in a blog post why they were making the move, mentioning a greater focus on their favorite part of the creative process, actually designing the games rather than the ups and downs of running an intricate business.

Slick also stated that they were going to continuously support the series they’ve released whilst working on exciting new titles with Klei. This partnership is nothing but great news for fans of these studios, and we can’t wait to see what’s next for Slick and Klei.