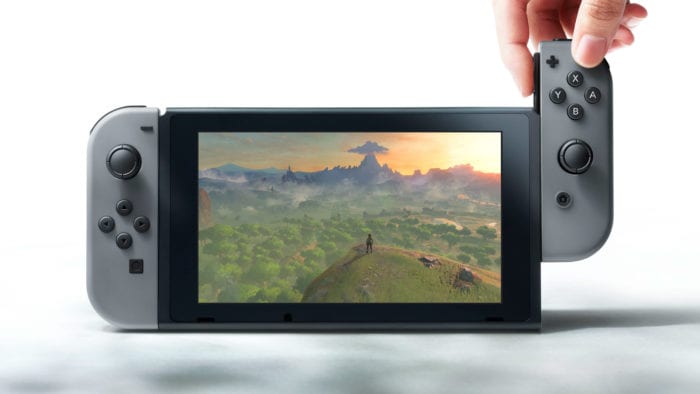 Nintendo, Microsoft, and Sony have been the main three companies utterly dominating the console gaming market for years. Each one has continually produced new and innovative hardware that helped mold modern gaming into what it is now. Yet, with each year both Microsoft and Sony have continually grown in terms of their hardware, titles, and features offered to consumers. Meanwhile, Nintendo’s last console, the Wii U, sold poorly thanks to a lack of third party support, archaic online features, and its relatively less powerful hardware. In the wake of this, the Switch is incredibly important for both Nintendo and gaming fans, as it could signal what kind of future they have going forward in this market.

To be clear, we aren’t saying that if the Switch flops it will be the death note for Nintendo, because we have little doubt that they’ll ever truly vanish. Nintendo has altered the entire landscape of gaming multiple times and are clearly a forced to be reckoned with in the handheld market. Yet, the Switch feels like one of Nintendo’s last attempts to truly make their mark as a serious contender within the core console market. Their online platform, while mostly undetailed, has been redesigned and no longer features region locks. Voice chat and parties have been brought into the mix, which is more than welcomed. While these are all steps forward, though, these were key features of last year’sconsole generation.

These features feel more like Nintendo is playing catch-up rather than taking the next step forward. Take for example their offering of “free” games to online subscribers, a service both Sony and Microsoft have been practicing for years now. However, the catch is you only own these NES/SNES titles for a single month, which is troublesome given many of these older games don’t go for more than a few bucks. Sony and Microsoft have and continue to offer free titles that are upwards of $35 which consumers are then allowed to keep after that month is up.

Nintendo’s insistence on making these titles only available for a short period feels at odds with what offering those games could represent. Releasing monthly NES/SNES titles to customers would not only help feed on that nostalgia that Nintendo is known for, but help fill the void between release dates for popular titles, and turn the Switch into a legacy console tapping into the massive popularity of the NES Classic.

Speaking of releases, perhaps one of the biggest factors in determining the Switch’s longevity is how third party developers treat this console. It’s clear that Nintendo is making a better effort to not rely on just Nintendo branded titles, however the Switch event wasn’t exactly promising. Sure, Skyrim was cool to see, but there was a notable absent of any new Triple A titles announced for this system. If Ubisoft is onboard, why wasn’t Ghost Recon Wildlands announced for the Switch given it comes out four days after the system launches? EA took the stage, but only mentioned that the latest FIFAgame will be coming, when other big titles like Battlefield 1 and the eventual Star Wars: Battlefront 2 could have made additional impact.

During last console generation, Nintendo was able to hold its own as one of the big three thanks to the Wii’s unique motion controls and huge library of third and first party titles. While the system lacked the power of the other two consoles, it had a niche and a rather staggering number of launch titles that intrigued and entertained. In order to be considered a prominent console in the marketplace now, the Switch either needs to have hardware that’s comparable to the competition or an innovation on par with the Wii. Currently, the Switch is neither, as the only truly unique aspect is the sheer mobility of the system. Depending on the games available and mobile hardware capabilities, this may not be enough to justify its existence in the major console space.

In order to be a serious contender for this console generation, Nintendo needs to project strength, confidence, and most importantly sales. While it’s not surprising that the Switch has been selling out since its release, the real test will come several months into this console’s lifespan. Sony and Microsoft have been vying for number one since their latest console releases, and have continued to project strong sales figures even a few years after their initial launch.

Nintendo needs to gain market strength to remain relevant. If they are able to project to buyers that their system is worth owning, they will encourage a larger install base, and bring more developers on board to develop for the platform. Only then can Nintendo offer an experience of the same quality as that of Sony or Microsoft.

This is currently not the case, unfortunately. So far, the Nintendo Switch feels out of place with what consumers expect from a modern gaming system. Its lack of third party titles, launch games, and inferior hardware are all major concerns that may push Nintendo out of the big three’s console market. Couple this with the convoluted online service and it appears that Nintendo is already starting to show some cracks. In the end, the Switch’s reveal was luke warm, and has us already wary about what the future may bring for this new console.