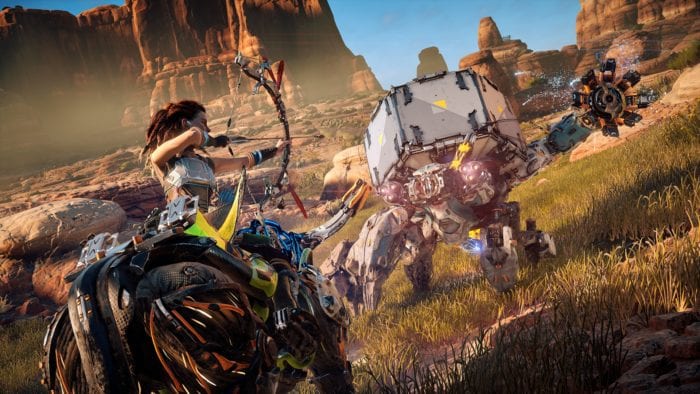 February 2017 kicks things off very lightly with only a single game release in its first few days. Surprisingly enough it’s the Nintendo 3DS that gets shown the love with the release of Poochy & Yoshi’s Woolly World, a new yarn adventure starring everyone’s favorite dinosaur steed. What’s very interesting is that no Nintendo platform will get another game release until the very last day of the month when the 3DS gets yet another game.

The full lineup for the first week of February:

The second week of February is also light, but that doesn’t mean there’s nothing to play. The week kicks off with Atelier Sophie: The Alchemist of the Mysterious Book on PC, bringing all the joy PS4 and Vita owners have enjoyed to a brand-new audience. The big game of the week, though, is Nioh. A Souls-like action RPG set in feudal Japan where you’ll need to rely on your reflexes, skill, and your ability to collect great gear to survive against the horrors that await you in the dark. It’s not for the faint of heart if the previous demos are anything to go by, so make sure to prepare yourself to die in a whole new way.

Week three happens to be the week that Valentine’s Day falls within. While love will be in the air, you won’t find anything romantic in video game offerings. Instead, the releases are all about taking out everyone in front of you as you vie for supremacy on three very different battlefields. Ready at Dawn, the team that brought us The Order: 1886, went the more cute route with Deformers, a multiplayer brawler that has players moving rapidly as small blobs as they attack and toss opponents off of ledges.

Then there’s For Honor, Ubisoft’s multiplayer war game that has ancient warrior civilizations battle for a home. Finally there is Sniper Elite 4 which will test your patience and your ability to to pick off targets at long ranges. There’s no love here, but definitely lots of potential fun.

Check out the offerings:

The home stretch of the month is where a lot of the game releases are found. You have two big exclusives from both Microsoft and Sony, a range of genres, and something for every age out there.

Berserk and the Band of the Hawk brings the next flavor of Mussou-styled gaming as you dive into the hyper-violent world of the Berserk anime, filled with all the gore you can wish for. Halo Wars 2 brings the Xbox One’s first big exclusive of the year to the platform with its RTS gameplay set in the beloved Halo universe.

The PS4 gets two notable exclusives starting with Psychonauts in the Rhombus of Ruin, a PSVR title that will hopefully continue the platform’s hot streak after Resident Evil 7. The next game is one that fans have been waiting for ever since it was shown off at E3 years ago: Horizon Zero Dawn. Guerrilla Games has put down shooters for the time being to create a sprawling action title where nature has reclaimed our world after the apocalypse.

Check out the full February game releases lineup for the home stretch: