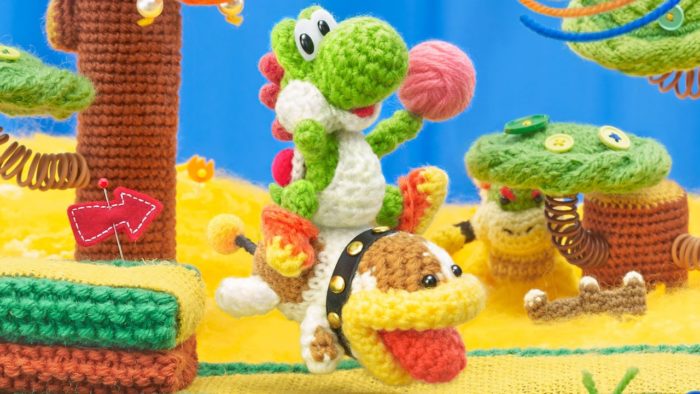 Unless you can read Japanese, it might be quite difficult to navigate the site for yourself to find anything new about the game, but it does boast three adorable stop-motion(ish) trailers, which we’ve compiled for your viewing pleasure below.

The trailers mainly focus on the game’s Amiibo integration, but the first one, in which Yoshi reminiscences about his days spent gallivanting around the Mushroom Kingdom with Mario at his side, is almost too adorable to handle.

Poochy and Yoshi’s Woolly World, which is set to release early next year, will come packaged alongside the Poochy Amiibo seen in the trailers above, and can be used to summon him and his puppies in the game itself.

Poochy and Yoshi’s Woolly World will launch on the 3DS in North America next February 3rd, 2016.

For all other video game related news, make sure to keep your eyes peeled to Twinfinite.