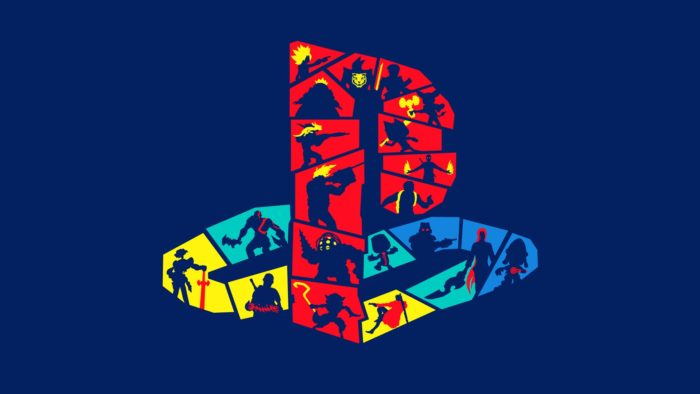 December 3, 2016, gave us the third annual PlayStation Experience press conference. The higher-ups at Sony took the stage to give gamers a look at what they would be able to play on PlayStation in the coming months and years. There were plenty of exciting reveals and announcements, and the hour-long conference packed as many trailers into its runtime as it could. But it wouldn’t be an industry event if we didn’t look at it in-depth and rate Sony’s PlayStation-centric efforts this year.

The event started out strong with the reveal of the Uncharted story expansion, titled The Lost Legacy. The long stretch of gameplay didn’t reveal itself as the marauding, action-heavy series until the end, but we immediately knew what we were looking at when Chloe’s face appeared. She will be joined by Nadine from Uncharted 4, starring in hr very own adventure.  Even if Nathan Drake isn’t featured, we’re still excited to see what other stories there are to experience in the Uncharted universe.

This was followed by a brief speech from Shawn Layton and the gameplay reveal of Marvel Vs Capcom Infinite. The newest entry in the frantic crossover series looks fantastic and it’s coming sooner than expected, apparently launching in 2017. Sony is keeping its third-party relationships strong going into 2017, which isn’t a change from the past several years. It’s important to note that Layton barely spent any time on stage, stating that he would leave quickly to make more time for trailers and announcements. And this was certianly true.

Things got a bit nostalgic after that. Not only is Ultimate Marvel vs Capcom 3 available on PS4, but the first gameplay of the Crash remake collection was shown off and the Jorts look fantastic in HD. This was followed by a bit of Destiny and the reveal of a Wipeout collection, and later on the announcement of remasters of PaRapper the Rapper, Locco Rocco, and Pattapon. The PS One classic and the two PSP titles will be redone in beautiful 4K, smoothing out the rough edges. A huge focus was on fantastic games of yesteryear, all being remade or remastered for PS4. This isn’t a bad move because nostalgia always sells, and it’s definitely nice playing old games without having to drag out old hardware. It might also set the stage for new entries in storied franchises if these repackages sell well.

The next segment featured the work of Sony’s Japan Studio. While the announcement of Knack 2 wasn’t the most exciting, Ni No Kuni II and Gravity Rush 2 both look fantastic, making the most of their unique gameplay and visual styles. Showing off these more stylistic titles further highlights the breadth of content that Sony publishes, offering games for every kind of gamer, even if Knack 2 isn’t what we were all dreaming about. But because the announcement of Knack 2 was followed by trailers for two very promising games the blow was lessened slightly. Regardless, Knack fills a void in Sony’s exclusive catalogue, which they will always strive to pad out and improve. So here’s hoping that it turns out better than its predecessor.

The middle of the show was reserved for Sony’s newest platform: PlayStation VR. It’s clearly a major focus for the company and they are working to release new exclusives to draw people to the hardware as well as hammer home why it’s an integral part of the PlayStation ecosystem. It’s such a new product and technology that many ar elikely still wrapping thier heads around it and figuring out what games there are to play that make the headset an essential purchase. There may not be anything yet, but the more games Sony puts on the hardware, the more reasons they give people to pick one up.

The next handful of minutes was devoted to indies, highlighting ambitious titles like Absolver – a seamlessly multiplayer hand-to-hand combat game –  and the atmospheric Vane. Sony is still pushing its strong relationships with independent studios, which results in dozens of unique titles coming to PS4 every year. And while there weren’t any Vita exclusive games announced, many of the exclusives are also coming to the struggling handheld, showing that Sony hasn’t given up completely.

But they appropriately saved the best for last. It’s been rumored for years but a The Last of Us sequel is officially happening, titled The Last of Us Part II. Joel and Ellie are coming back and seeking revenge against someone who has wronged them. The game is still a couple of years out but it’s great to know that it exists. The trailer showed Ellie playing guitar in a decrepit house with bloody bodies strewn across the floor in every room. Joel walks through the house as she sings, stopping at the room she sits in. The tone is somber and tense, hinting at an even darker world than the one delivered by the first game.

PlayStation has refined their conference strategy over the years, putting their personalities on stage for as little time as possible. Each presenter only came out to briefly introduce the next segment, which usually consisted of several game trailers in a row. No time was wasted in letting viewers know what kinds of experiences they can expect to enjoy on PS4 and PSVR in the future.

There was a nice balance of heavy hitters and smaller titles to pad out the presentation, giving proceedings a deliberate pace that started strong and kept viewers interested until The Last of us Part II finally emerged at the end. Sony knows what they are doing, and ensured that the conference didn’t fizzle out midway like it did last year. They were celebrating all things PlayStation, and that kind of celebration was deserving of the audience’s attention.

There were a lot of big upcoming titles missing but they are likely being kept for future events or until there is bigger news to announce. The key focus did seem to be on the next 12 months, which was certainly a smart move because they packed a lot of content into the hour in order to prove that there is a lot coming to PlayStation in the coming months.

Overall, PlayStation put on a good show. The focus was on the games, with dozens of trailers showcasing the incredibly varied and unique games coming to the platform. Sony has refined their conference presentations over the past few years, and while some of the title show off weren’t the most exciting, the highs were very high. With everything that came out of this conference, we’ll award it a 8.5/10.