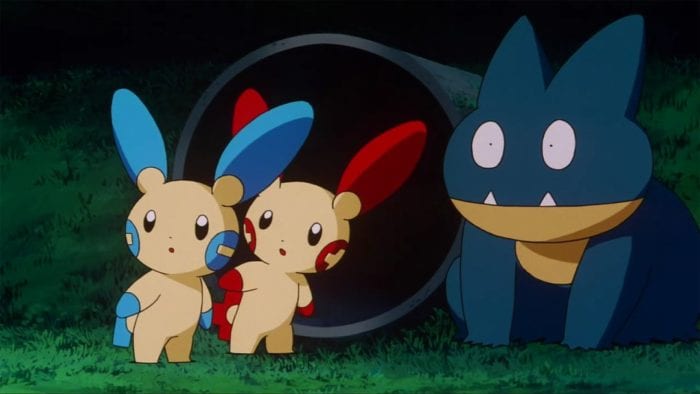 All was going well for Pokemon Sun & Moon player Blonde Pizza. She was happily battling through Route 2, leveling her darling Munchlax, and generally enjoying life. Then, everything sucked.

A Beauty trainer and her Ghastly challenged Blonde Pizze to a fight. This is fine. Her Munchlax knows Metronome, a move that will let Munchlax use another Pokemon move at random. This will be a breeze, as long as every single Metronome attempt isn’t a Fighting attack, Normal attack or status changer.

Every Metronome move was a Fighting attack, Normal attack, or status changer, meaning no damage was done to the enemy ghost Pokemon. That’s okay. Eventually, Ghastly’s Lick attack will kill Munchlax, and a new Pokemon can be brought into battle.

Ghastly’s Lick attack will never kill Munchlax, because one of Munchlax’s Metronome attacks turned into Aqua Ring. Now Munchlax gains 1/16th of its health every turn, restoring the exact amount of damage Ghastly’s Lick doles out.

So to sum it up, Munchlax must now sit here in the deepest circle of Alolan hell, where Pokemon are licked for eternity but never die.

Blonde Pizza postulates the battle will end once the Ghastly has used up all PP for every one of its moves, then uses Struggle to finally bring upon Munchlax the sweet release of death. We wager that at this point, it’s just best to buy a new copy of Pokemon Sun and/or Moon.