HER MAJESTY’S SPIFFING ON PC

It’s not often we get to turn a new leaf in the adventure genre. It’s also unusual that we get a game founded on British humor. Her Majesty’s Spiffing ticks both of these boxes and does it with such unique flair.

The game’s premise is that The Queen, isolated by British political choices made in 2016, dissolves parliament and establishes S.P.I.F.F.I.NG. That’s ‘Special Planetary Investigative Force for Inhabiting New Galaxies’ to those not in the know.

The writing is funny, and the game is not so subtle in its biting satire. Captain English and his very Welsh sidekick, Aled Jones, take to the stars in search of planets to claim in the name of the new British empire. Did I mention the spaceship is a re-engineered Mini Cooper? I feel like that’s important. When I first met one of the developers at Gamescom earlier this year, he told me about how he had to change some of the jokes because of the unexpected Brexit decision. An interesting predicament that adds an extra layer of schadenfreude to Her Majesty’s Spiffing. 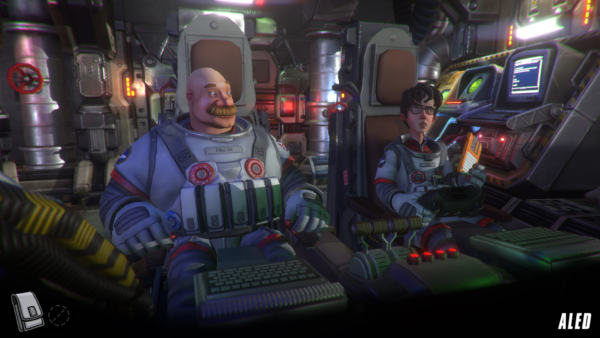 The game functions like a Telltale game with some elements from the point and clicks of yore with puzzles ranging from simplistic to just outright absurd. For example, the tutorial puzzle has you making a cup of tea for yourself and your sidekick (or not if you don’t fancy it). That’s one end of the spectrum; the other being sending a tank full of frogs to sleep with a record player so you can make some French cuisine. It’s ridiculous in a really special way, and you can see the passion oozing out of this indie title. There were many times when I realized the hilarious stupidity of some of the puzzles, things that I’ll be kicking myself about for a while.

The difficulty finds that Lucasart’s sweet spot seen in games like Monkey Island 2 where the game is perfectly balanced to not be patronizingly easy, but not too hard either. You may rack your brains over them, but when you solve these puzzles, the feeling of reward is like none other.

The game was developed by a small team in Northern Ireland, and the animations and graphics on display here are incredibly detailed. Though there are a limited amount of locations to explore, the Spaceship is expansive and full of intriguing rooms, chock full of references that would take a few playthroughs to fully experience. The models of the NPCs (and of course, the player character) are also a delight to look at and bring out an extra dimension to the characters on show. 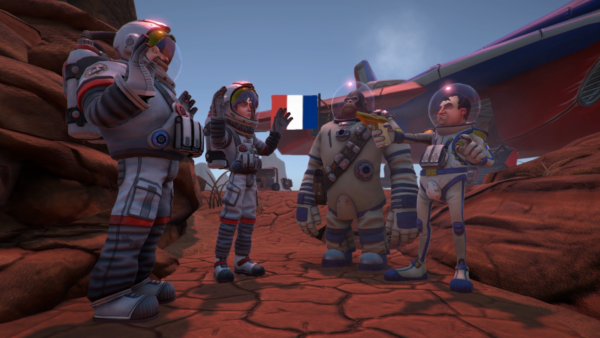 A button labeled in the lower levels of the HMS Imperialism is called the ‘Emergency Brexit Button’, and the area you need to venture through to get a key item is called the Fourth Wall. Further, you can find a little shortcut for Sam & Max Hit the Road on the DOS PC found in the ship’s lounge. I’ll stop now before I ruin some of this game’s best surprises, but all this should give you a good taster of some of the self-referential humor in HMS. This is a game that wears its heart – as well as it’s influences – on its sleeve, and will charm you throughout.

The only problem with the game is that I wanted more of it. Her Majesty’s Spiffing will run you about four hours. Once you reach its end, the game is very clear with the player stating that ‘This story will continue… maybe… if we get enough sales’. Hopefully for the developers, quality of product will lead to quantity of sales, and the adventures of S.P.I.F.F.I.NG are able to continue on.