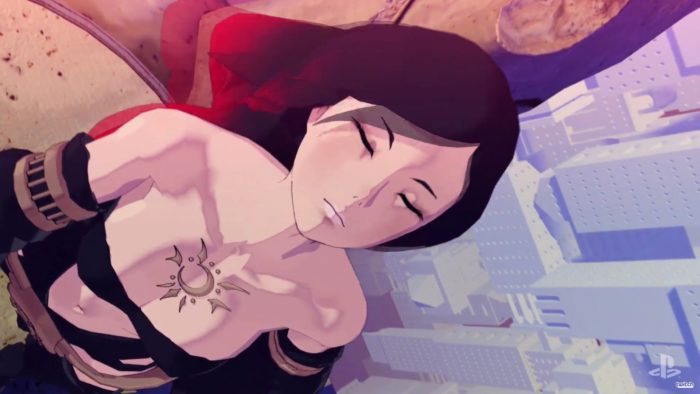 Gravity Rush was a simple game that garnered a lot more attention than previously expected to the point where fans had been almost demanding a sequel for a long while. Their wishes were answered when Gravity Rush 2 was announced and yet again their voices have been heard. Many fans of the series have desired to play as one of the first game’s main antagonists, Raven, and at the Playstation Experience it was unveiled that she will indeed be playable in Gravity Rush 2.

Raven’s story will be a free DLC chapter for the game which seems to focus on the character’s history and the real extent of her gravity manipulation powers. In the series, Raven acts very much as a foil and rival for the main character Kat, who can also control gravity. Fans latched onto the character very quickly due to her mysterious disposition and powerful set of abilities. It will be exciting to delve into her “secrets” and uncover just who she truly is. The Ark of Time: Raven’s Choice will be released in March of next year.

It’s always fantastic to hear player’s voices heard and seeing Raven playable in Gravity Rush 2 is another great instance of it. Reiterating what the exicted dude in the audience shouted to Shuhei Yoshida when he announced the good news: thank you so much!

Also At The Playstation Experience 2016