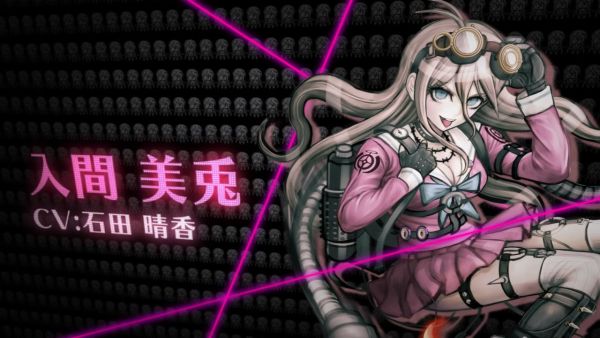 New Danganronpa V3 hasn’t gotten a localization announcement just yet, but the game will be coming to Japan in early 2017. Spike Chunsoft has released the first character trailer for the game. You can check it out down below.

Along with that, we’ve also received some details about a few of the new characters that will be featured in the game, courtesy of Gematsu:

A girl who grew up playing piano from a young age, who played to the point where her friends referred to her as the “piano fool.” Before long, she won awards in a number of competitions, until she was finally awarded the title of “Super High School Level Pianist.” She has a cheerful and positive personality, and spares no effort to achieve her goals. She feels a strong resentment towards Monokuma, who forced everyone into an unreasonable mutual killing game, and inspires the other students by saying “if we get out, we’ll all be friends,” while struggling to escape with everyone.

A boy who cannot remember his “Super High School Level Talent.” He doesn’t particularly worry about it, but rather says he is “looking forward to finding out my Super High School Level talent.” While he gives off a somewhat superficial impression based on his appearance, even when the other students fall into disorder, he calmly confronts the Monokumas about their intentions, and has deep insight on the situation at hand. He sometimes acts as if he knows “something” the other students don’t. While without a talent, he is also a character of many mysteries.

An inventor who has created groundbreaking products, starting with the “Eye Drop-Style Contacts” that were commercialized. However, for her herself, the Eye Drop-Style Contacts were a failure, as her greatest theme is “How comfortably can one live while asleep?” She is confident and has a terribly sharp tongue, and utters reckless remarks and dirty jokes whenever she opens her mouth. Her attitude becomes timid when she is attacked by others, though.

A boy said to be the “Leader of an Evil Secret Society of Over 10,000 People,” who possesses a talent that may or may not be true. As for this secret society, as an organization even “Super High School Level Detective” Shuichi Saihara knows nothing about, the specifics of it are shrouded in mystery. He is a self-proclaimed liar who says suitable things on a whim, pretends to cry, and is considerably elusive. Contrary to his innocent smile, he freely criticisms other students with no hesitation, and never seems shy, saying, “I’m the evil dictator.”

New Danganronpa V3 is set to be released for the PS4 and PS Vita some time in early 2017 in Japan.