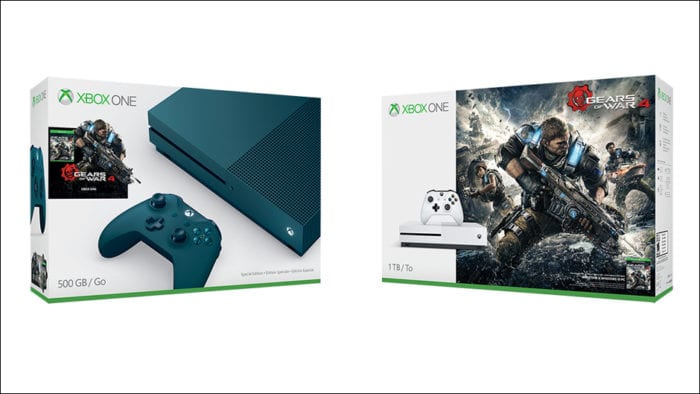 If you haven’t yet made up your mind on whether to pledge allegiance to either the Xbox One or PlayStation 4, then it might be time to have a look at the Microsoft store. The industry giants have announced that they are giving away a free game of your choice when you buy selected Xbox One and Xbox One S consoles from participating retailers starting at $299.99.

The exclusive offer is running across a handful of bundles on the Microsoft store from Nov 4 – Nov 12 and can be bought with specific limited edition consoles including the Battlefield 1 and Gears of War as well as the regular Xbox One S consoles.

Microsoft themselves are offering customers a free copy of The Crew plus an additional game. However, it is important to note that whilst the second game is free, it cannot exceed the price of $59.99 and must be picked from a list of selected titles. That list, whilst not extensive, includes games such as Call of Duty: Infinite Warfare, Recore, and Titanfall 2.

Other participating retailers also include Amazon, BestBuy, Target, GameStop and Walmart.com. To check out the various bundles on offer, check out the Xbox consoles page on Xbox.com.