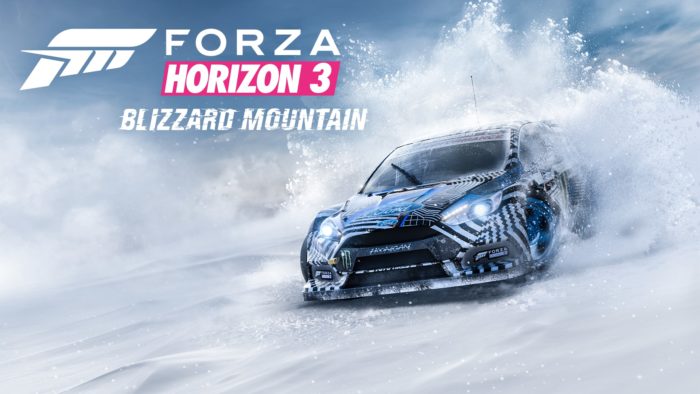 Due to release Dec. 13, Blizzard Mountain sees you racing through snow, ice, blizzards, and extreme heights in an alpine setting as you attempt to claim the title of King of the Mountain. Blizzard Mountain has 50 new events and challenges for players to compete in and to help you achieve your goal of becoming King of the Mountain, there are also seven new vehicles and a Barn Find thrown in for good measure, too.

Forza Horizon 3’s Blizzard Mountain isn’t just about completing the events, this is a whole new area for you to explore, too. You can test out your driving skills in the extreme sports snow park, or glide elegantly across a giant frozen lake if that’s more your style. There are bonus boards to smash through and beauty spots for you to find so you can take in this new setting’s wintry beauty.

The expansion will also contain 28 new achievements totaling 500 Gamerscore. Blizzard Mountain will come as part of Forza Horizon 3’s Expansion Pass. As of the time of writing, there is no word on how much the expansion will cost on its own.

Will you be picking up Blizzard Mountain for Forza Horizon 3? Let us know in the comments below.