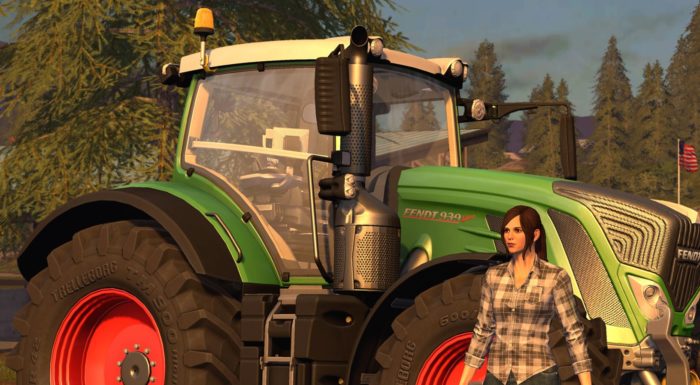 Half of Farming Simulator 17’s sales came from PC gamers with over 220,000 digital copies sold on Steam. The reviews there have been very positive with over 90% positive reviews.

Developer GIANTS Software’s creative director Thomas Frey said: “Reaching one million players in such a short amount of time is simply amazing. It makes us very happy to see that Farming Simulator 17 is being received so well after all the work we’ve put in the game and the additional people we brought on board to make our largest project ever come to life.” “In our publisher Focus Home Interactive, we have a great partner who fully supports our vision of creating a game that lives up to the expectations of our passionate community throughout all stages of development and release, which led to this success.”

President of Focus Home Interactive, Cédric Lagarrigue, said: “Farming Simulator was always a game for fans, but with Farming Simulator 17 it has expanded into a whole new experience for a wide audience, who needed to be offered new things in video games. Existing fans of the series are already impressed by the improvements and its amazing content. As for newcomers to the series, they discover a really addictive and rewarding title, sharing some similarities in the games’ mechanics between Farming Simulator and other genre reference. Giants Software has done an exceptional job with Farming Simulator 17, and we are very proud to have collaborated with them for five years now. The happiness of these many players is the most beautiful reward for both our companies.”

Farming Simulator 17 was released earlier this year in October and is available now for the PC, PS4, and Xbox One.