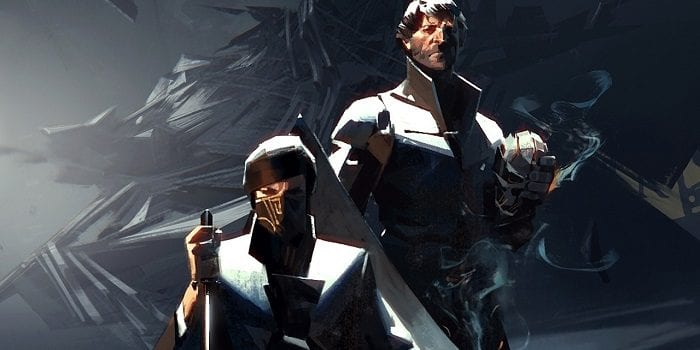 Dishonored 2 is a game with a long and winding story that is full of characters and interesting locations set around the southern, exotic city of Karnaca. Before we actually delve into the game’s central narrative, we should note that this will be the outcome for the Low Chaos playthrough with Emily. This means all principal targets will still be alive and we have not effectively doomed our city to endless plagues of rats and Bloodflies. If you want to know the differences between High and Low Chaos in terms of the game’s actual endings you can look for that here.

Dishonored 2’s story picks up several years after the events of the original Dishonored with Empress Emily Kaldwin now a young woman overseeing her kingdom alongside her father Corvo Attano. On the anniversary of Jessamine Kaldwin’s assassination, Emily’s ceremony is interrupted by Duke Luca Abele, who is the current ruler of Serkonos, and his soldiers. While it’s believed he was to present a gift, Luca instead reveals that Emily’s aunt Delilah Copperspoon is alive. A violent coup erupts as both Emily and Corvo are surrounded by soldiers, which ends with Corvo turned to stone and Emily imprisoned in her study.

However, Emily escapes her study and eventually catches up with one of the traitorous high ranking soldiers from Dunwall, Ramsey, who is then promptly knocked out and locked in a safe room. She then escapes from Dunwall via the now panicked streets surrounding her home and heads towards the docks where a ship called the Dreadful Wale resides. The ship’s captain, Meagan Foster, welcomes Emily and explains that she had a message that needed to be delivered to Corvo. Insisting she takes his place, Emily learns that her longtime tutor and mentor, Anton Sokolov, has mysteriously vanished. In the wake of all this overthrow, she agrees to head south to the city of Karnaca in order to formulate a plan to take her throne back.

Emily awakens aboard the ship only to find that the mysterious world known as The Void has taken over, which culminates in the mysterious Outsider gifting Emily with his mark and new power. Once more, Emily awakens in reality once more to find the city of Karnaca just within view. Meagan explains that their first step in locating Sokolov is to investigate The Crown Killer, who has been terrorizing the countryside. Meagan has a hunch that an alchemist at the Addermire Institute will know where this masked butcher is and sends Emily on her way.

After reaching Addermire, Emily learns that the alchemist Alexandria Hypatia is actually The Crown Killer thanks to a toxin that induces a split personality within her. Just before she kills her assistant, Emily learns that there is a formula to counteract this poison and change Hypatia back to normal. This cure is then created and used again on Hypatia to rid the world of The Crown Killer once and for all, allowing her and Captain Foster to gain a new ally.

Once Emily is back aboard the Dreadful Wale she learns from Hypatia that Karnaca’s mad inventor Kirin Jindosh has Sokolov locked up in his manor. Emily eventually makes her way to Jindosh’s estate and breaks inside without him knowing, using her training from Corvo to slip past the mechanical Clockwork Soldiers. Eventually, she comes across Jindosh and knocks him out and places him in a “reconditioning chair” that is used to fry his brain. Now with his memories and ability to create death machines wiped, Emily heads to the basement and saves Sokolov from his rather elaborate prison cell.

With Sokolov saved, he explains that the witch that helped bring Jessamine back to life, Breanna Ashworth, is hold up in The Royal Conservatory with her covenant. Emily makes her way by the cover of night to this museum and breaks inside without any of the witches noticing her. After knocking out a few of her guards, Emily steals some lenses and uses them on a special device called the Oraculum. This item is the source of Breanna’s powers, so Emily uses it against her and drains the head witch of her energy forcing her to become mortal once more. By doing this, she has also dispelled the other witches in the building, rendering it completely empty. Eventually, she makes her way back to Breanna’s office and learns that a man named Stilton may have the key to finally killing Jessamine.

After acquiring these new details Sokolov and Captain Foster take Emily to the mining area known as The Dust District. Upon some exploration, Emily finds the entrance to Stilton’s Manor hidden away behind an incredibly elaborate lock designed by Jindosh. However, the catch is if anyone is smart enough to solve the riddle they can pass through it. After several tries Emily cracks the code and heads inside, only to discover that the mansion is in a very dilapidated state. However, she is not alone as the owner Aramis Stilton is found mumbling to himself by a piano.

The Outsider then appears and explains to Emily that this manor is between both time and dimensions, which caused a mental breakdown of the owner. She’s gifted with a Timepiece that will let her warp back to 1849 and experience the events that brought Jessamine back to life. Using her new gadget, she eventually tracks down the code to Stilton’s office and sneaks inside to find the ritual taking place. After witnessing Jindosh, Luca, Breanna, The Crown Killer, and Stilton raise Jessamine from the dead, Emily learns that her spirit is trapped in a statue located at Luca’s house.

Captain Foster then takes Emily to the outskirts of the Duke’s palace, which is currently recovering from a massive party. Before departing, Meagan explains that the duke has a body double that doesn’t really share the ideals of Luca, so he could be a good source of information. Once she breached his defenses, Emily located the Duke’s body double and convinced him to take his place and rule Serkanos. This, however, would require Emily to steal a medal from the man to prove that the imposter was actually real. Eventually, the real Duke is knocked out, giving his replacement time to call for the guards and claim that Luca was, in fact, the body double. He is sent to the asylum and the body double officially becomes the new ruler of Serkanos.

However, Emily’s work isn’t done as she then makes her way down to Luca’s massive vault and locates the statue that has Jessamine’s soul imprisoned in it. After using the Heart which she acquired from the Outsider, Emily recaptures Delilah’s spirit so she can become mortal once more. Now that her adversaries’ secrets are unlocked, Emily, Meagan, and Sokolov head back to Dunwall for the final confrontation.

Sadly, the city of Dunwall has seen much better days as the dilapidated ruins of shops are only accented by the hanging corpses on lamp posts. With Delilah’s witches now running the show, Emily must make her way through this nightmare version of her home so she can reclaim her crown. After breaking into her palace, she quickly discovers that if a rune is corrupted it can be used to imprison Delilah in her own reality forever. Once her rune is crafted, Emily heads up to the throne room and quietly sets the new rune on her throne, warping the magic surrounding it.

Emily then uses the heart to give Delilah her spirit back, forcing her to retreat into a painting she was creating. Emily follows and enters a new reality where hundreds of stone figures worship the witch. After a heated battle, Emily takes the knocked out Delilah and drags her back to her throne room, where the corrupted rune takes hold. She is then sent into her painting and trapped there for eternity, allowing Emily to finally free her father and take the throne once more as Empress.